Cowen grabbed Jay McDermott to help run its credit business. McDermott joins Burt Welly as Co-Heads of Cross Asset. Phil Cushman, Head of Global Equity and Cross Asset Sales for Cowen, will continue to coordinate equity and credit sales globally, partnering closely with McDermott and Welly. McDermott onboards with 22 years of distressed and special situations experience.  Most recently, he spent three years as the CEO of DebtStream Corp., the specialty credit boutique he founded.  Previously, he served four years as Managing Director, of High Yield and Distressed Trading at RBS Securities, and 12 years as the Head of the Global Bank Loan Business at Bear Stearns. Both McDermott and Welly report to Dan Charney, Co-President, Cowen and Company. 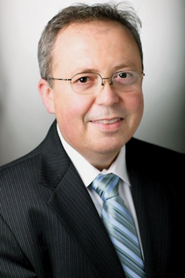 ‘Deep tech’ startup causaLens appointed Jose Marques, the former Head of Trading at Bridgewater Associates and owner of Inferent Capital, to its Advisory Board. Marques joins Mark Roomans, the current CEO of Morningstar EMEA; and Theodore Mollinger, Director at Moody’s. as the company’s Strategic Board of Advisors.

Alex Shterenberg has been appointed global head of G10 and EM eFX trading at Barclays in New York, overseeing the investment bank’s electronic FX trading business globally. Shterenberg joins after spending more than five years with Bank of America Merrill Lynch where he held several senior roles, most recently as head of eFX trading for the Americas and global of FX algorithmic execution. During that time, he led the development of pricing and hedging models as well as FX algorithmic trading products.

QuantHouse named Emmanuel Carjat as its Chief Operating Officer (COO) and Denery Fenouil as its Chief Technology Officer (CTO). In the role of COO, Carjat is responsible for managing QuantHouse operations helping to drive and guide the continued growth of the business. He was the co-founder of Atrium Network founded in 2006 which was subsequently purchased by TMX Group in 2011, where he remained in the role of Managing director until 2015.

Fenouil is a co-Founder of QuantHouse and has rejoined the company in the role of CTO with a focus on software and technology development. He has more than 20 years of experience designing and building successful technology solutions for established companies and startups such as IBM, ATOS and Karhoo. He was the designer and architect of the QuantHouse low latency market data technology. 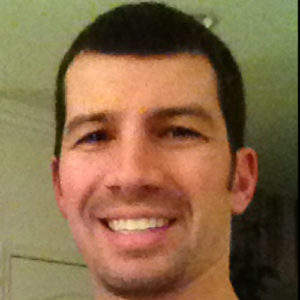 BTIG  has named Jennifer Bloom and Rachel Lucas, Managing Directors, as its new Co-Heads of U.S. Capital Introduction. Bloom and Lucas have been instrumental in building the Capital Introduction business, holding key leadership roles within the division for nearly a decade. In their new roles, they will continue to be based out of the firm’s New York office and will report to Peter Tarrant, Head of Business Development and Global Capital Introduction at BTIG. Bloom and  Lucas will manage an active team of Capital Introduction professionals across the New York, San Francisco and Dallas regional offices. 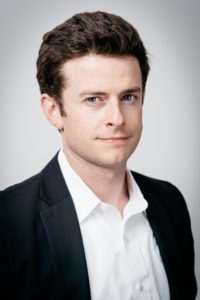 eFinancialCareers reported Jason Cuttler, one of New York City’s top equity derivatives has just turned up at Citi after months of gardening leave. Cuttler has joined Citi as a managing director on the bank’s CETS (City Equity Trading Strategy) team, where he will be looking after global volatility and derivatives. Citi is the third bank Cuttler’s worked for in three years. He spent nearly fifteen years at Goldman Sachs, where he was a managing director and global head of the tactical equity derivatives strategy team before he left in April 2016. After four months of gardening leave, he joined J.P. Morgan as an MD in April 2016, before leaving again in August 2018.

IEX Group landed Joseph (Joe) Hipps and Prerak Sanghvi, to help capitalize on strategic growth opportunities outside of the company’s core stock exchange business. Hipps was hired to develop the IEX Group’s new independent analytics business. Previously, he was Head of Client Service and Support at Trade Informatics, a provider of trading data analysis and systematic trading solutions. Sanghvi, one of IEX Group’s first employees and a critical member of the technology team, was promoted to Head of Ventures Technology. In this newly-created role, he will be responsible for technology powering non-exchange ventures, including the analytics business led by Hipps. Before joining IEX, Sanghvi was the Head of Electronic Trading Technology at RBC Capital Markets. Hipps reports to Ronan Ryan while Sanghvi to Rob Park, both IEX Co-Founders.