TRADING UP: Skoko In, Brooks Out at BNY Mellon AM 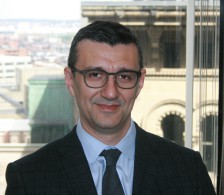 BNY Mellon Asset Management North America hired Dragan Skoko as the Head of Trading and Trade Analytics. An industry leader with over two decades of experience, Skoko will systematize and scale the trading process and platform. Skoko most recently served as the Head of Trading at Quantopian Inc. in Boston where he built the firm’s trading capability and implemented comprehensive trading, middle- and back-office functions. Skoko also served as the Head of Trading at Batterymarch Financial Management for over five years, where he developed a next-generation quantitative trading platform and streamlined trading operations. Over the course of more than two decades, Skoko has developed significant expertise while holding key trading, research and product positions at Fidelity Investments, Wellington Management and PHZ Capital Partners, LLC.

In addition, David Brooks, formerly the Head of Global Equity Trading for The Boston Company and currently a Trading Manager for BNY Mellon AMNA, will be leaving the firm. As a 20-year equity trading veteran, David will support Skoko during his transition.

bitFlyer, the Tokyo-based operator of a Bitcoin exchange, announced the addition of Dr. Tom Love as a new advisor. He will advise bitFlyer on both strategic and technology initiatives, including the development of a proprietary language that applies to blockchain technology. Love brings more than 20 years of expertise in application development and hands-on leadership to bitFlyer. Love got his start in the software business at General Electric Company, after which he held executive management positions at ITT, IBM and Morgan Stanley. 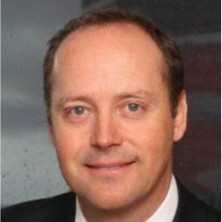 Ilya Riskin has joined Aksia as a Senior Analyst on the Investment Research Team in New York. Ilya had been at Barclays for over 12 years, most recently as a Vice President in the Portfolio Management Group, where he was a fundamental credit research generalist and portfolio manager of an extensive bank debt book. At Aksia, Ilya’s investment and markets experience will serve as a complement to the event driven and credit investment due diligence effort.

Stewart Cowan has recently joined Digital Asset from JP Morgan. He will be DA’s Senior Product Manager in the firm’s Sydney office. Stewart  will play an integral role on the project team tasked with replacing the current ASX CHESS system with DAs distributed ledger platform and software for equities clearing and settlement. At JPMorgan he was Executive Director of Regional Trading Services where he was  responsible for the bank’s agent lending product and client relationships across the Asia Pacific region.

RegTek.Solutions, the global provider of regulatory reporting solutions, reported the appointment of Ruwan Weerasekera to its Board of Directors. Weerasekera’s regulatory experience in financial markets spans more than 25 years. He is currently a Senior Independent Non-Executive Director for ICBC Standard Bank Plc, where he Chairs the Remuneration Committee, and sits on the Board Audit and Risk Committees. He also independently consults to financial services organisations on strategy, operations, technology, conduct and culture, as well as acting as an expert witness and advisor for financial crime cases. 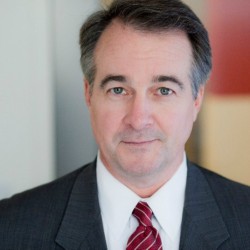 Until 2015, Ruwan was a Managing Director at UBS in London, where he was most recently the Major Investigation Lead for Group Risk. Prior to that he held a number of senior roles at UBS, including COO for Securities, Head of Group Leadership and Behaviours for Group Risk, COO for Equities and Head of Strategy for Equities. He was also previously a Partner at Accenture, working with financial services clients on strategy, operations and technology change.

Swiss algorithmic trading services provider AlgoTrader has appointed a new chief operating officer in New York as it looks to expand its business in the US. Richard Chmiel joins AlgoTrader from RS Metrics where was formerly CEO and has previously worked in various senior roles at firms like Bloomberg and OneTick. As COO, Chmiel will manage AlgoTrader’s global sales, business development, client success and marketing activities, with a particular focus on the North America region and cryptocurrencies.

FINRA announced it has named Bari Havlik as Executive Vice President for Member Supervision. In that capacity, Havlik will be responsible principally for leading FINRA’s Member Regulation program, which includes surveillance and examination programs for member firms. Havlik was most recently a Senior Vice President and Chief Compliance Officer for The Charles Schwab Corporation.