TRADING UP: SSGA Tabs Thompson for ETFs; Fleury to SocGen

State Street Global Advisors, the asset management business of State Street Corporation, announced the appointment of Sue Thompson as head of Americas Distribution for SPDR ETFs. In this newly created role, Thompson will be responsible for developing and leading the SPDR ETF distribution strategy across all client channels in the Americas, including institutional, intermediary and strategic relationships. She joins the SPDR business from Thompson Peak Advisory where she was CEO and President of her own consulting firm. In her more than 20 year career, Thompson has held senior positions at BlackRock, where she was responsible for growing the iShares franchise with the intermediary and institutional asset manager channels in the Americas. Prior to BlackRock, Thompson worked at Vanguard, where she held a number of positions, culminating in a senior role in developing its ETF business. Thompson will be based in Boston and report to Rory Tobin, global head of SPDR ETFs. 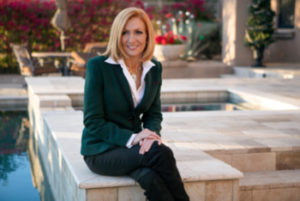 Societe Generale has appointed Bank of America Merrill Lynch banker Alexandre Fleury as head of equities after the latest set of results showed the bank underperformed its rivals in trading. Fleury spent 10 years of his career in structured equity and credit derivatives trading at SocGen before moving to Credit Suisse in 2009.

Alexander Englander is joining Credit Suisse from Barclays as its head of equity sales in the Americas, according to media reports. Anthony Buoscio is also joining the Swiss bank from Bank of America Merrill Lynch, where he was a managing director. These are the latest in a string of splashy hires by Credit Suisse to bolster its equities unit, even as the bank transitions its model broadly to focus more on wealth management.

Communications firm IPC landed Robert Santella as its new Chief Executive Officer Santella succeeds Neil Barua, who leaves to pursue other opportunities. Most recently, Santella served as President of the Global Trading Group for Fidelity National Information Systems (FIS), which he joined when it acquired SunGard Financial Systems (SunGard) in 2015. At SunGard, he was President of its Brokerage Group, where he led all trading software and services businesses.

Michael Amakye joins LCH as Head of CDS Sales. Based in London, Amakye’s remit is to actively grow LCH’s CDSClear business among buy-side clients, as well as expanding its membership base. Most recently, Michael was Director for CDS Business Development at ICE Clear Europe from 2011 and started his career at UBS, where he spent five years working on CDS operations and clearing. He jointly reports to Phil Atkinson, Global Head of Sales and Relationship Management, and Frank Soussan, Global Head of CDSClear 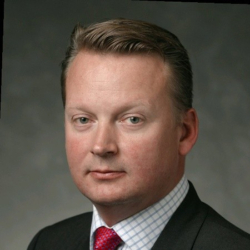 Mosaic Smart Data announced Jack Jeffery has joined the company as Chairman of the Board. With over 35 years’ experience in the financial markets, Jeffery has previously held CEO positions at electronic fixed income platform MTS and ICAP Electronic Broking, which included responsibility for Brokertec and EBS. Prior to that, he was CEO of EBS, the spot FX electronic broking platform which he guided to its sale to ICAP in 2006. Jack also served on the Bank of England and US Federal Reserve Foreign Exchange committees between 1999 and 2007.

BTIG, LLC announced that Ole Slorer has joined the firm as a Managing Director and Head of Energy and Shipping Investment Banking. Slorer has close to 30 years of energy and shipping expertise. Prior to BTIG, he was a Managing Director, and Energy and Shipping Equity Research Analyst at Morgan Stanley, where he held roles in London and New York, and spent a majority of his career. Previously, he  was an Executive Director and Equity Research Analyst at NatWest Markets, where he remained for nearly a decade. Based in New York, Slorer will report into Matt Clark, Chief Operating Officer, BTIG Investment Banking, and Charles Mather, CFA, Co-Head of Equity Capital Markets and Head of Capital Markets Origination.

JP Morgan said Carnegie Mellon University’s head of machine learning will join JPMorgan in a new role, head of artificial-intelligence research, according to media reports. In the position, Manuela Veloso, who is also a professor at Carnegie Mellon, will build on the bank’s existing work applying machine learning technology, according to an internal memo reviewed by The Wall Street Journal. JPMorgan’s budget on technology will be about $10.8 billion in 2018.