Garth Ritchie, President of Deutsche Bank and Head of the Corporate & Investment Bank, is leaving the bank by mutual agreement. Ritchie joined Deutsche Bank in 1996 as an associate in the bank’s Johannesburg office, and went on to hold senior management positions across the investment bank. He became a member of the Global Markets Executive Committee in 2009 as Head of Equities and held a range of leadership positions across the division. In January 2016, he was appointed to the Management Board with responsibility for the bank’s Markets division. In 2017 he became Co-Head of the newly created Corporate & Investment Bank (CIB). One year later he became its sole Head and was appointed as President. 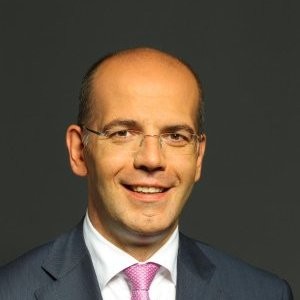 Global fintech firm InvestCloud appointed Rebeca Sanchez Sarmiento as its Chief Financial Officer. Sanchez Sarmiento is also tasked with aligning InvestCloud’s long term strategic goals with its financial performance. A Wall Street veteran, she joined from ATTOM Data Solutions, where she served as CFO and took the lead in building an organization able to capitalize upon private equity funding and major acquisitions. Sanchez Sarmiento has held a variety of senior finance roles within Smart & Final, Deutsche Bank, and Citigroup.

Expansion Capital Group has moved Herk Christie from VP of Operations to Chief Operating Officer. Christie will oversee the company’s underwriting, IT, analytics, and merchant support and services departments. Christie, has been with ECG since March 2016.

Susi de Verdelon has been appointed LCH’s Head of SwapClear & Listed Rates. In this newly created role, Susi will focus on delivering continued strong performance, growth and resilience across the SwapClear & Listed Rates business. Susi joined LCH in December 2017 as Chief Operating Officer for Rates, LCH Ltd. Prior to LCH, she worked at Goldman Sachs for 13 years, most recently as COO, Sales & Structuring Strats. Susi will report to Bruce Kellaway, Head of Rates, Securities and Collateral.

OANDA landed Kurt vom Scheidt as its new Chief Product Officer, based in London. A seasoned professional with more than 30 years’ experience in the financial services sector, specialising in foreign exchange, vom Scheidt has worked with several international banks and brokers over the years, playing an instrumental role in improving product expertise and overseeing the trading infrastructure.

Sumitomo Mitsui Trust Asset Management (SMTAM) has appointed Kenji Soejima as Portfolio Manager on its Japan Small Cap Strategy which has over US$900 million assets under management. Based in Tokyo, Soejima will work across SMTAM’s small cap funds as part of the team led by Chief Portfolio Manager Satoshi Marui. Prior to joining SMTAM, Soejima was a small caps Portfolio Manager in Japan for seven years, focusing on the manufacturing sector, and also worked as a Credit Analyst.

Specialist fixed income manager, BlueBay Asset Management has appointed Alex Navin to join BlueBay’s Structured Credit team as a Portfolio Manager. Alex Navin has nearly a decade of structured credit experience, joining from Citigroup Global Markets, where he held a number of roles, most recently as a senior CLO trader. Based in London, Alex Navin will report to Sid Chhabra, Head of Structured Credit and CLO Management.