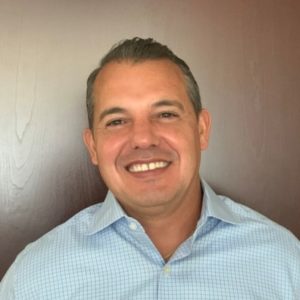 Stifel Financial announced that Marc McGivney has joined the firm as a Managing Director and sales trader, focused primarily on the New York and Connecticut hedge fund communities. He is based in Stifel’s Manhattan office. McGivney brings nearly two decades of capital markets experience, most recently as Managing Director at Cowen & Company, where he was a top producer on the firm’s equity trading desk. Prior to Cowen, he managed a successful team of sales traders at Dahlman Rose & Company, a boutique investment bank focused on natural resource supply chain companies. Dahlman Rose was acquired by Cowen in 2013. His earlier experience includes roles at both Fleet Trading and the New York Stock Exchange.

Japanese investment bank Mizuho has hired a 20-year Bank of America Merrill Lynch veteran to head up its sales and trading business in the US, as the firm looks to bolster its equity capital markets business. Bob Wright has been appointed head of execution sales and trading at Mizuho Americas, reporting to head of the equity division for the region, Darlene Pasquill.

Volante Technologies, a digital transformation and payments modernization specialist, promoted Executive in Residence and Non-Executive Board Director Harp Grewal has now been appointed COO with responsibility for managing and delivering on the Company’s growth. Also, Deepak Gupta, Chief Architect of Oracle’s hosted business and founder of Peoplesoft’s hosted business, has taken on the role of Global Head of Software as a Service (SaaS).

The Financial Stability Board (FSB) has appointed Ryozo Himino, Vice Minister for International Affairs at the Japanese Financial Services Agency, as Chair of the FSB’s Standing Committee on Supervisory and Regulatory Cooperation (SRC), for a two-year term. Himino succeeds Norman Chan, Chief Executive of the Hong Kong Monetary Authority, who has served as SRC Chair since April 2017. 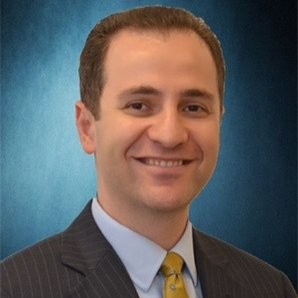 Business information provider IHS Markit has recruited IT governance expert Alex Golbin as the Global Head of Assessment Services for KY3P, the first centralized third-party risk management data hub. reduce cost. With more than 20 years of expertise in IT transformation and financial services, Golbin comes from BNY Mellon, where he most recently served as Global Head of Technology Third Party Governance. Golbin was recruited by BNY Mellon in 1998, overseeing a progressive array of responsibilities in IT management, including cost optimization, quality assurance, process improvement and risk mitigation. Based in New York, he will report to KY3P CEO Ellen Schubert.

Deutsche Bank recently announced a reorganisation of its Treasury function, with the combination of market-facing and investment activities into an integrated Treasury Markets and Investments team. As a result, François Jourdain will join the bank as Head of Treasury Markets and Investments. Jourdain was formerly at Barclays Bank where he served on the Executive Committee of Barclays International. He held senior posts in Treasury, including Deputy Treasurer and Head of Treasury Funding and Investment. He also served as Chief Compliance Officer for Barclays International. He reports to Dixit Joshi, Group Treasurer.

The head of equity sales for Europe, the Middle East and Africa at JP Morgan, Michael Wilson, is set to depart the investment after almost a decade. Wilson confirmed in a social media post that he has moved on from JP Morgan, having been a managing director and equity sales head for the EMEA region since 2010, responsible for listed, flow and structured equity derivatives to the bank’s client base. As part of the role, Wilson oversaw JP Morgan’s large sales team working with hedge funds, insurers, pensions funds and asset managers. A spokesperson at JP Morgan declined to comment on the departure.

Saudi Aramco has named Yasir Othman al-Rumayyan, governor of the kingdom’s Public Investment Fund, to head the company, replacing Energy Minister Khalid al-Falih. The change was widely viewed as an effort to speed up preparations for the oil giant’s planned initial public offering.

German private and institutional bank Berenberg has appointed Jason Rand as its new global head of electronic trading and distribution. Formerly global head of execution services at Geneva-headquartered Mirabaud Securities, Rand took on the new role with Berenberg on 12 August, based in London. Rand will lead the expansion of Berenberg’s electronic equities trading operations, building out from its historic high-touch focus to offer a more viable and varied low-touch trading offering to institutional investors.

OpenDoor Securities has named Michael Cashel its new Chief Operating Officer. Cashel will lead efforts to scale OpenDoor’s platform and expand its client base. Cashel brings more than 27 years of capital markets expertise to OpenDoor. He was most recently a senior consultant at State Street Global Markets where he helped the firm identify strategic partnerships that would help clients better leverage the combination of State Street and other partners. Prior to that, Cashel spent nine years at Fidelity Investments, where he initially ran the equity division of the broker-dealer, and later started an innovation team called Fidelity Trading Ventures. He previously spent two years as Senior Managing Director of Electronic Trading at Bear Stearns and nine years as a Principal at Morgan Stanley in both the US and UK. He will report directly to OpenDoor’s CEO, President and co-founder, Susan Estes.

ACA Compliance Group announced today that Carlo di Florio has joined ACA’s leadership team as Global Chief Services Officer. As SO, Carlo will be instrumental in defining and executing the vision for ACA’s governance, risk, and compliance service offerings. His responsibilities will include oversight, management, and strategic growth of ACA’s global regulatory compliance, cybersecurity and risk, AML and financial crimes, and performance practices. Carlo joins ACA from FINRA where he served as Chief Risk & Strategy Officer and as Co-Chair of the FINRA360 Project Management Office, Prior to joining FINRA, Carlo served as Director of the SEC’s Office of Compliance Inspections and Examinations.