Vanguard announced multiple appointments within its Fixed Income Group as part of the firm’s long-standing practice of periodically rotating investment professionals. Among the changes: 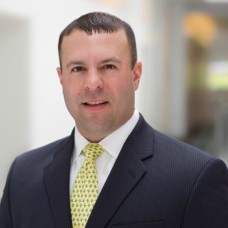 Paul Jakubowski, global head of the Taxable Credit Group, will be assuming the position of head of Investments-Europe and global head of Fixed Income Indexing, responsible for all of Vanguard’s bond indexing operations worldwide. Jakubowski, who has worked in investment management since joining Vanguard in 2000, replaces Ken Volpert, who is retiring in August.

Christopher Alwine, head of Municipal Investment, will assume Jakubowski’s previous responsibilities, overseeing the active corporate bond portfolio management and trading teams in the U.S., Europe, and Asia-Pacific. Alwine joined Vanguard in 1990 and has more than twenty years of investment experience.

Paul Malloy, currently head of fixed income in Europe, will assume Alwine’s role leading the municipal bond team of 30 investment professionals who manage more than $183 billion in 12 municipal bond funds. Malloy joined Vanguard in 2005 and the Fixed Income Group in 2007, and has held various portfolio management positions in Vanguard’s offices in London and the United States.

Christopher Wrazen, manager of the $103.5 billion Vanguard Total International Bond Index Fund, will move to manage the Bond Index Group in Europe. Wrazen has been with the Fixed Income Group since 2008.

JonesTrading Institutional Services announced it named David O’Shaughnessy as Managing Director in its Derivatives Trading Group. O’Shaughnessy is an industry veteran, bringing over 15 years’ experience and expertise to the team. Prior to joining, he served as Director in Equity Derivative Sales for Deutsche Bank New York. Prior to Deutsche Bank he held senior derivatives sales roles at Citadel Securities, BNP Paribas and Susquehanna.He will be based in New York and report to Jeff Micsky, Head of Global Derivatives. 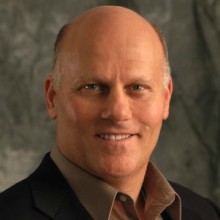 Instinet announced the appointment of Mark Kelley as an Executive Director and a lead analyst in the U.S. Technology, Internet, Media & Telecom (TIMT) group, focused on Internet stocks. Based in New York, Mr. Kelley joins Instinet from Citigroup, where he was the lead analyst in the small and midcap Internet group. He previously held roles in equity research at Barclays Capital and Sterne, Agee & Leach, Inc.

Finastra hired Eli Rosner as its new Chief Product and Technology Officer. Rosner is responsible for global product and technology strategy. A veteran with over 25 years of industry experience, he joins from NCR Corporation where he served as CTO and Head of Product Management. Based in London, Rosen will lead a global team of strategy and product managers, enterprise architects, data scientists and software engineers. Prior to this, he was Chief Business Delivery Officer at Solera Holding Company. He reports directly to Finastra CEO, Nadeem Syed.

Shahid Akram, who was most recently Deutsche’s global head of business development for FX sales, will start at Goldman in London in May. His exact job title is not known but it is likely to be similar to his previous roles at the German bank, according to people familiar with the matter. Akram’s appointment follows Goldman’s hire of Robert Wade, formerly Deutsche Bank’s global head of electronic FX sales, in late December.

RegTek.Solutions announced two senior sales appointments to support its growth in the core markets of North America and Europe. First, Tom Morris, a 20 year veteran, was appointed Head of Sales for Europe, based in London. He joins from NEX Group, where he was Head of Regulatory Reporting Solutions and responsible for the business development of the firm’s MiFID II, EMIR and SFTR products. Prior to that, he was Head of Sales and Relationship Management for post-trade solutions at MarketAxess (TRAX).

Secondly, Rob McGowan has been appointed Head of Sales for North America, based in New York. Another 20 year veteran, McGowan onboards from SmartStream Technologies, where he was SVP Sales, focusing on all aspects of transaction lifecycle process improvements and control for the middle and back office. He continues to work closely with SmartStream as part of the firm’s partnership. His experience working for financial technology firms in North America spans 20 years, with positions at Duco, Infogix and Ericom Software. Both report to Brian Lynch, CEO of RegTek.Solutions.

Sterling Trading Tech (STT) hired Andrew Actman as its new Director of Business Development, Andrew Actman. Actman joins the STT team to lead products and services growth initiatives throughout the industry. He has over 15 years of trading industry experience.

Capitolis announced its CEO and founder, Gil Mandelzis, has been appointed non-executive director of Euronext US Inc. Mandelzis is the former CEO of EBS BrokerTec, part of ICAP plc (now NEX Group plc) and founder of Traiana (acquired by ICAP).

Crypterium named James Davies as its new Chief Financial Officer. Davies will oversee the payment partner and exchange integration and the company’s financial planning and reporting, accounting, tax and treasury functions. A veteran of the finance technology industry with over 15 years of experience, he brings a proven track record and wealth of specialist knowledge in the tech world to the role. Most recently, he held the position of COO at London Derivatives Exchange, a Deutsche Börse and Societe Generale funded Swap Futures Exchange.  He started his career as Lead Architect, and Product Manager at the Cantor Fitzgerald/BGC purchased Eccoware.