TRADING THE WEEK: Caution Ahead of Jobs, Fed

Enjoy the calm – which could be before the storm.

Traders are enjoying the peace and tranquility of the markets – both this week and last – as volatility and economic data have been modest. Activity around the Street was reported quiet as speculation ran as to what the upcoming March employment report would say about the US economy and what, if any, announcements would be coming from the Trump Administration.

But the relative peace in the markets might not last, according to Alastair George, chief strategist at Edison Investment Research. He said that even if some market calm has now returned, the recent increase in market volatility is disconcerting, having occurred with no obvious single trigger and following an extended period of very low volatility. 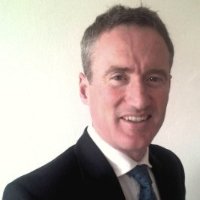 “The equity market declines to date are however very modest and we stick with the view that the risk/reward balance suggests investors should exercise caution in terms of equity allocations, even if the absence of panic suggests the market is relatively well-supported in the short term,” George said.

Also, George was quick to remind that there are more interest rate hikes on the way and that investors should bear this in mind when considering equities. In his thinking, Federal Reserve policymakers have not incorporated a significant US fiscal stimulus into their expectations, which makes two more rate increases the baseline, even if the Trump administration continues to struggle to implement its agenda during 2017.

“I’m thinking we’re moving towards a cautious rather than bearish stance on equities,” George said. ”While our reservations on the timing and scope of a US fiscal stimulus through reform of corporate taxation and infrastructure spending have only been reinforced, global markets appear well-supported in the near term, as the first US rate increase was easily absorbed by the market. We are therefore no longer bearish in the short term, even as we retain a cautious medium-term view.”

William Mingione, Head of Equites at Drexel Hamilton told Markets Media that despite limited upside in the context of Congressional resistance to many of the Trump policies such as the failed ObamaCare replacement b ill last Friday, the broader market remains resilient.

“The market is still buoyed by last week’s performance  by energy – with WTI getting above the $50 level, in which it found technical support at $48/barrel,” he said. “The broader markets remain in a tight trading range ($SPX 2,335/2375) and have no real reason to break out to the upside unless we start to see action in DC, not just talk.”

Mingione reminded that the S&P 500 has still logged an “astonishing” twenty record closes since the presidential election.

In other market news, there was speculation in the market that the institutional brokerage and agency execution arm of media conglomerate Bloomberg, Bloomberg Tradebook, is either throttling back or closing down. The talk comes on the heels of recent departures of Glenn Lesko, CEO and president of Tradebook, and Ray Tierney, global head of trading solutions. Both were long-time Tradebook employees and senior capos. Tierney was also CEO and President of Tradebook from 2010 to 2015 – only to be replaced by Lesko.

While one source close to Bloomberg indicated that a replacement for Tierney will be named soon, traders were of a mind that the departures of Lesko and Tierney could be seen as marking the final stages of Tradebook’s existence.

One source, who spoke on condition of anonymity, suggested that rationale for the downsizing and possible closure of Tradebook comes down to bottom-line considerations — the rewards associated with operating in the current regulatory and commission environment aren’t sufficient for Bloomberg.

Also, the exchanges might be losing or seeing a critical source of revenue trimmed, if the Securities and Exchange Commission’s acting head has something to say about it. Michael Piwowar, has said that he wants to more closely examine the fees that exchanges charge brokers when they execute trades and that a pilot program is on order.

Exchange fees have been a long standing sore point in the relationship between brokers and the exchanges – with the former claiming the latter charges too much and that those charges can impede best execution. Looking to avoid these fees, brokers have turned to ATS or dark pools, as well as internalizing order flow where they pay smaller or no fees.

In a speech made at Columbia University in New York City recently, Piwowar said he thinks it will be better for the SEC’s staff to set parameters for the pilot, as opposed to letting the exchanges design it, according to Reuters.

“I have come to believe that the SEC rulemaking process would be more appropriate for such an important undertaking as the access fee pilot,” said Piwowar in his prepared remarks.

Lastly, the time it takes to settle equity and fixed income trades just got shorter. The Securities and Exchange Commission (SEC) approved by unanimous vote to shorten the time it takes to process a trade down to two business days or T+2. The decrease in time is aimed to help reduce risk exposure to a variety of market forces – such as counterparty risk, credit risk and default risk.

Previously, trades were settled in three business days but in certain agreed instances, the settlement time frame could be longer or shorter depending on the trading partners. T+2 now standardizes the cycle. T+3 has been in effect for almost 15 years.