Over the centuries, this palatially opulent, 152-room hotel has stood in place of a convent (in the 1440s), then stood as a Cardinal’s residence (in the 1560s), as a Jesuit center for learning (in the 1750s), after which it became the home of an Italian marquis in the 1780s and then, in 1815, a home for the English monarch’s estranged wife. Finally, in 1873, the gorgeous estate was converted into a hotel, and there it stands today, presiding over Lake Como in its stately Renaissance-era glory. 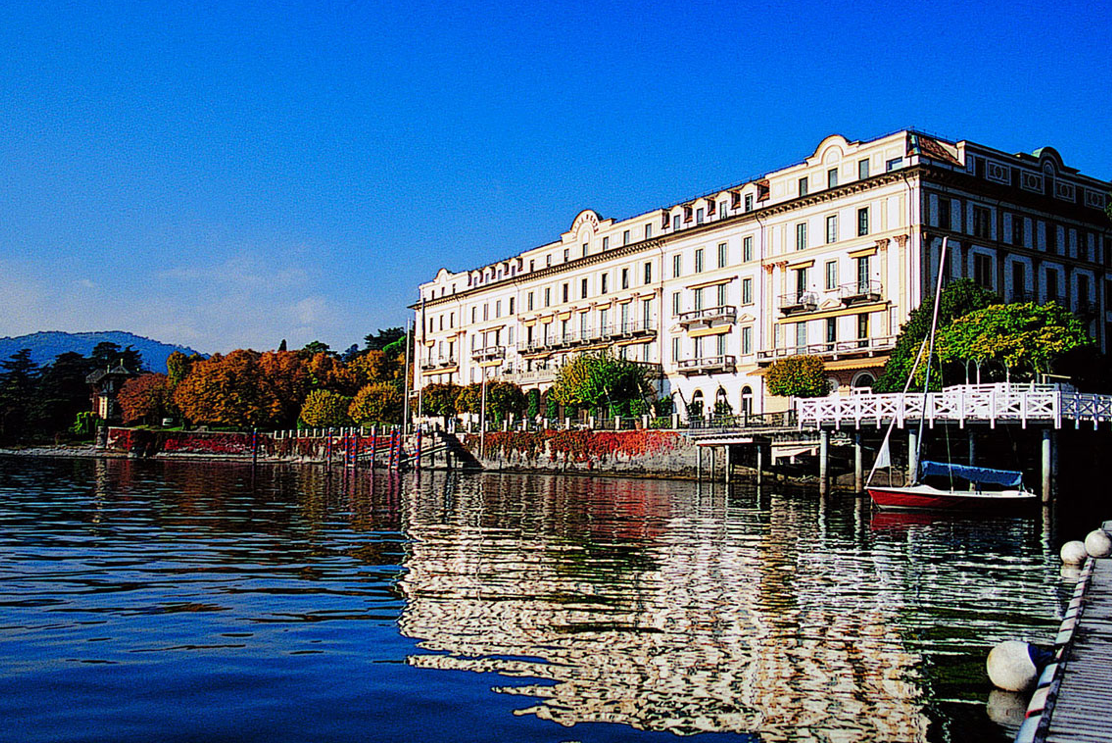 Architecturally, Villa d’Este is classic Renaissance: it bears an imposingly symmetrical structure, with a sense of proportion, geometry, and harmony that would please Michelangelo’s discerning eye. Its interior is similarly appointed, with Palladian-style decor to match the sumptuous exterior and surrounding countryside (and at least one of the rooms has a fascinating story: in 1948, Countess Pia Bellentani shot dead her lover, industrialist Carlo Sacchi, during a gala held at the villa). Not to be outdone, the Villa’s 25 acres of gardens, designed by Caroline of Brunswick in 1815 when she took over the state, is regally done in the English garden style, full of manicured, geometrical lines, statues and other structures placed solely for visual interest, and artificial ponds and water features. Interestingly, rather than being at odds with the Villa’s Renaissance styling, the garden complements it gorgeously, creating an atmosphere of thoughtfully beautified surroundings…including the stunning view of Lake Como and the lush, green hills around it.

Nowadays, the Villa d’Este has not only its cultural and architectural history to show for its centuries of existence: it also has the marks of a world-class hotel. Each of the 152 rooms, luxuriously and individually decorated, are privy to views of Lake Como and the surrounding countryside. Service is, of course, first class: aside from on-site travel arrangements, the staff also provide babysitting upon request and, for older children, a Junior Club in the summer months. Boat rentals with or without a captain are at the ready, as is a helipad, private transportation, and concert or theatre tickets. Golf Club Villa D’Este, designed by Peter Gannon and considered one of the most difficult courses in Europe, is the site of amateur tournaments from March to December. Its club house, overlooking Lake Montorfano, also has views of the course. Indeed, one is never at a loss for things to do: three pools–one floats on the lake, another indoors, and one for children–lay calmly at rest for guests, as does a full-service spa, tennis courts, squash, sailing, windsurfing, canoeing, a running trail, indoor golf, and a putting green. A sauna and Turkish Bath are the perfect way to end the day before a meal at one of the hotel’s six options, ranging from the outdoorsy Veranda, Grill, Pool Bar, and Bar Terrazza (all of which have sparkling lake views), to Bar Canova, set inside a hall with elegant columns and soaring ceilings, and, finally, D’Este Club, whose terrace often hosts a jazz band, playing in the lakeside dusk.

Open only from March to November, this exclusive hotel, while flush with honors from travel publications worldwide, still exudes–and maintains–an air of quiet, privacy, and splendor.