Could the handwriting be on the wall for Bloomberg Tradebook? 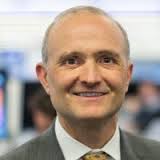 There is speculation in the market that the institutional brokerage and agency execution arm of media conglomerate Bloomberg is either throttling back or closing down. The talk comes on the heels of recent departures of Glenn Lesko, CEO and president of Tradebook, and Ray Tierney, global head of trading solutions. Both were long-time Tradebook employees and senior capos. Tierney was also CEO and President of Tradebook from 2010 to 2015 – only to be replaced by Lesko.

While one source close to Bloomberg indicated that a replacement for Tierney will be named soon, traders were of a mind that the departures of Lesko and Tierney could be seen as marking the final stages of Tradebook’s existence.

One source, who spoke on condition of anonymity, suggested that rationale for the downsizing and possible closure of Tradebook comes down to bottom-line considerations — the rewards associated with operating in the current regulatory and commission environment aren’t sufficient for Bloomberg.

“We heard that Tierney was let go – and in the wake of Lesko leaving it smells like something is definitely happening over there,” another source told Traders.

Another trader said that Tradebook’s market allure had faded and that it was not a major player any more in the execution business. A third trader in Dallas told Traders Magazine that without Lesko and Tierney at Tradebook, “There is simply nothing and no one left at the firm.”

Earlier this month, Traders Magazine sat down with Lesko who introduced the roll-out of OPTX, a new approach to delivering best execution that harnesses the power of Bloomberg’s market data and analytics, its agency execution model and global connectivity.

According to Lesko, OPTX was to provide clients with a single platform that utilizes quantitative data models and analytic-driven selection to route orders to a suite of destinations. Applied to Bloomberg Tradebook’s equities and options offerings, OPTX empowers traders to optimize execution and drive down implicit costs.

Speculation about a possible shutdown follows several other significant happenings at the broker.

First, in February the group decided to shutter its electronic foreign exchange (FX) trading platform. In a media statement, a spokesperson said: “In the interest of concentrating focus and investment on our core mission of providing quality agency brokerage services rooted in data and analytics, Bloomberg Tradebook will discontinue our FX business. With that said, Bloomberg LP will continue to have a strong presence in FX execution and analytics on the Terminal.”

The interdealer FX broker business has felt the commission squeeze similar to equities, whereas the several banks that dominate currency trading are choosing to internalize order flow more than in the past. This switch to trading in-house, has left Tradebook’s FX group and others feeling the pinch of a smaller revenue pool and decreasing market share.

Also, Tradebook had closed down its ATS and stopped offering research offerings.

Back in September of last year the firm announced it was no longer offer matching of customer orders in its own ATS. At that time, the firm told customers that they could still route orders to other exchanges via Bloomberg Tradebook, but that their orders would no longer get matched internally within its own ATS.

The matching service only managed a 0.4% market share among all the volume routed to ATS.

The firm also at one time provided clients with consultative services for research and access to independent third-party research. It partnered with independent providers offering fundamental and industry-specific research.