If the US does not step up its regulatory guidance regarding blockchain and cryptocurrency, it stands to lose its global leadership in the technology, according to experts. 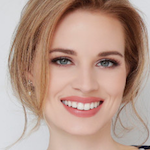 “There is a lot of regulatory arbitrage that is happening all over the world,” said Perianne Boring, founder and president at the Chamber of Digital Commerce, during a panel discussion at Finance Disrupted conference hosted by the Economist in Manhattan. “The United Arab Emirates is a good example of this. Dubai is on a mission to make all applicable government transactions of the blockchain by 2021.”

Boring noted that US regulators are doing the best job that they can and are planning their regulations in the best way they know how, but each is marching to the tune of its own drummer.

As a result, the blockchain and cryptocurrency industry is receiving a majority of its guidance via enforcement actions by the Securities and Exchange Commission.

“It leads to teams of lawyers reading the tea leaves and forming a cottage industry of expensive legal advice,” she added.

The Chamber of Digital Commerce has called for senior leadership within the Trump administration to set out a vision on how it is going to support blockchain in the United States similar to what the Clinton administration did with the advent of the World Wide Web.

“We are encouraging other governments to do the same,’ said Boring.

Whether blockchain and cryptocurrency will turn into a useful financial innovation is open for debate, according to co-panelist Huw van Steenis, senior adviser to the governor at the Bank of England.

He uses five criteria to judge the overall usefulness of financial innovations: whether it reduces costs, provide better service, speeds transactions, democratizes access, and addresses the side effects it brings.

“What we want to see is that any major innovation thinks about externalities whether that is the regulators putting in guardrails or the industry takes responsibility,” said van Steenis. “The best innovations like exchange-traded funds, credit cards, and mobile payments, pass these five tests. What is less clear is whether cryptocurrency can pass any of these tests.”

“I would say that it marks every single one of those,” responded Boring.

In the meantime, the Chamber of Digital Commerce has formed The Token Alliance, which is co-chaired by former Commodity Futures Trading Commission Chairman James Newsome and former SEC Commissioner Paul Atkins, and issued principle-based guidance for creating crypto assets.