In what is expected to be the biggest-ever initial public offering, U.S. exchanges are jockeying to be the North American listings hub for Saudi Arabia’s Aramco.

While the Saudis plan to offer up to 5% of Aramco in the IPO, or $100 billion, a portion is certain to take place on the Tadawul, Saudi Arabia’s own stock exchange, U.S. exchanges have been vying to get their name attached to the landmark IPO too. According to one person with knowledge of the matter, NYSE, Nasdaq and the London Stock Exchange have all been actively pursuing Aramco.

“I heard that the listing of Aramco is so very important to NYSE and Nasdaq,” said the person on condition of anonymity. “The story is that while the exchanges had their official delegations at a meeting with Aramco, Adena Friedman herself was present – that’s how important it is to them.”

Saudi Aramco is officially known as the Saudi Arabian Oil Company, or colloquially as Aramco (formerly Arabian-American Oil Company). It is a Saudi Arabian national petroleum and natural gas company based in Dhahran. Saudi Aramco’s value has been estimated at between US$1.25 trillion and US$10 trillion.

Initially, the IPO was scheduled for early next year but sources said that any IPO won’t come before late 2018 or early 2019. 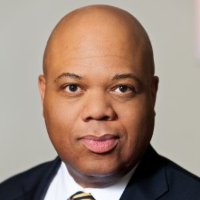 According to local media reports, the IPO process is now bearing down to the crucial issue of whether the New York Stock Exchange (NYSE) or London Stock Exchange (LSE) would be the better venue in the West. Recent reports suggest that, while some advisers think London is the better market, with the LSE showing signs of flexibility to accommodate Aramco’s record-breaking share issue, the final decision will be as much a political one as an investment choice.

Given the recent lovefest between U.S. president Trump and his successful visit to the Kingdom in May, market pundits believe that New York and the U.S have the upper hand in landing a portion of the IPO.

“The IPO is the most anticipated event in global equity markets in recent history. The speculative milieu of this event is fostering its own brand of urban legend within the world’s financial services community,” Edward Burton, president and chief executive of the US-Saudi Arabian Business Council, was quoted as saying in the Arab News.

While unsure of just how this listing will play out exactly, he did offer some thoughts.

“First, NYSE is one of the world’s leading securities markets in the running to offer a piece of Saudi Aramco for the first time to the public. Other exchanges such as the LSE are also in hot pursuit of this historic business. These are two of the most developed and mature global equity markets in the world offering access to a definitive phalanx of capital investing elites,” he said. “Second, for Saudi Aramco, an international listing of what is expected to be around 5 percent of its assets means the type of investor scrutiny the company is not used to historically. It will need to come out displaying the kind of transparency many Saudi companies are unaccustomed to routinely offering.”

A listing on a U.S exchange would bring Aramco under intense regulatory scrutiny. First, it will have to disclose oil reserve levels and its financials in order to comply with the exchange’s unique rules. Also, it would have to undergo an audit by the Securities and Exchange Commission.

Aramco has named J.P. Morgan , Morgan Stanley and HSBC as the IPO’s underwriters.

Despite all this, Burton said that he’d like to see the oil giant wind up listing in the U.S.

“I am hoping that the final decision turns on the promise the new dawn of US-Saudi relations holds for two of the world’s top-20 economies. Having Saudi Aramco’s IPO served up on the NYSE would further solidify the decades-old intertwining of these two great countries,” he told the Arab News.

Aramco already has an established presence in the U.S., according to market intelligence service Energy News Today Inc. The oil giant took sole possession of the Motiva Port Arthur, Texas refinery–the largest in America. The deal closed on May 1, giving the Saudi oil producer a downstream refining operation of 610,000 bpd for its crude oil.