While many folks take the opportunity to explore new things abroad this summer, some of us ‘staycation’ in the city, re-visiting Smorgasburg for its ramen burgers or floating on teeny-tiny rowboats at the Central Park. So if you’re craving to satisfy your sense of adventure locally, mark your calendar for July 25 when Urban Mudder, a cousin of Tough Mudder, finally lands in New York City.

Urban Mudder, brought to you by same company behind Tough Mudder, is a scaled back version of the latter’s obstacle course where mud, electricity, and swimming pools will be replaced with awesome jams, beer gardens, food trucks, and a festival-like ambiance. While it is not as tough as its cousin, Urban Mudder features “kick-a—” obstacles like those ones you’ve seen in the Mission Impossible series: laser minefield, rock and a hard place, close shave, rooftop series in which you are going to leap between buildings like a true Spiderman. 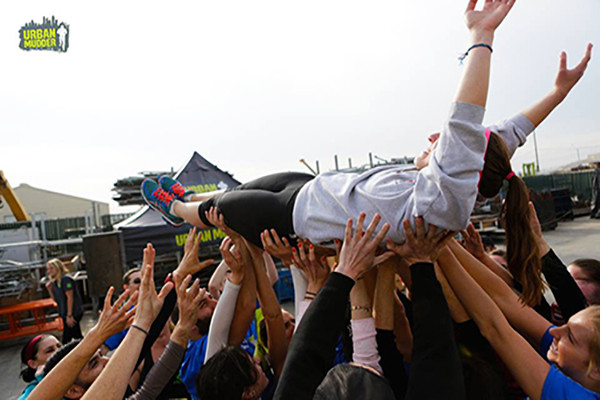 More than 95% of the participants build their own team and share memories. So it’s not too late to register your team: late entry tickets start from $125 and include the general admission to the festival and some goods Urban Mudder will provide to fuel up your energy. Dump your smartphones aside, gather up your team, and push yourself beyond your limits for this upcoming event!