Vera Lutter’s recent photographs of New York are now on display at the Gagosian Gallery in the Upper East Side. The German-born photographer has employed the technique of camera obscura all over the world, using site-specific pinhole cameras to photograph the Egyptian pyramids and the high tides of Venice, but New York continues to fascinate her as a subject for photography. 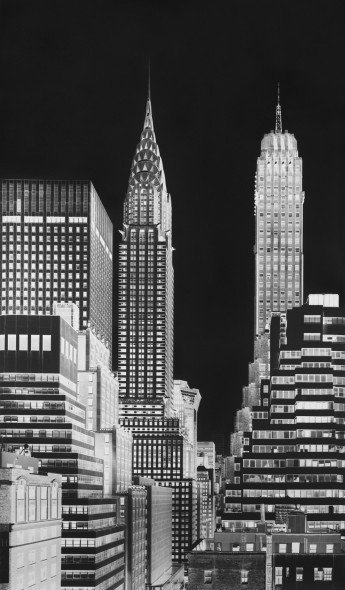 Commenting on how quickly the city can change from “infernal chaos” to a “harmonic ballet of different creatures and forces moving around,” Lutter saw photography as a way of capturing the city’s constant state of fluctuations. To try and obtain the most literal representation of her surroundings, Lutter turned her apartment into a large pinhole camera, darkening the room and lining the walls with photo-sensitive sheets. Light from the outside world then enters through the pinhole and projects inverted images of the city onto the photo paper—a process that can take days, weeks, even months. 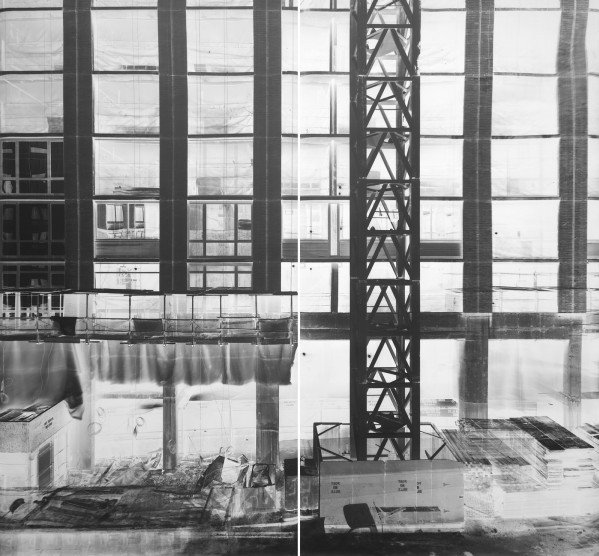 Visitors to the gallery will see familiar scenes like the city skyline and Times Square rendered in an unfamiliar way in Lutter’s exposures, which are formed by light, time, and motion. Lutter’s photography is able to depict the evolving cityscapes, and the speed by which the contemporary metropolis is expanding. 333 West 39th Street, XXII: December 9–15, 2011 shows how the construction of a high-rise apartment building leads to a gradual loss of light and space, as seen from her studio on 39th Street.

Vera Lutter is on view at the Gagosian Gallery located on 976 Madison Avenue, New York. Gallery hours are Tuesdays to Fridays from 10 to 6pm. Admission is free.