Six months since its acquisition of rival market maker KCG Holdings, Virtu Financial is well into its integration process, which is slated to provide $300 million in synergies by 2019, according to senior management during its fourth-quarter earnings call.

The cost-savings guidance that the firm provided to the companies is very achievable and will not affect business revenue, according to Douglas Cifu, CEO of Virtu Financial.

The goals outlined from the last earnings call have not changed — marrying the front-office trading and back-office post-trade platforms as well as integrating trading, risk, and operations so that we are one firm, he added. 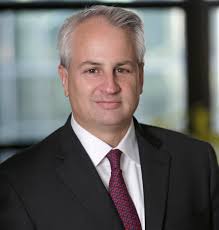 The market maker is also in the midst of integrating KCG’s futures-trading business on to the Virtu stack. “It is a much smaller business than it equities businesses,” he added.

From an operations perspective, the most noticeable change has been Virtu’s reduction in headcount since July 2017.

Virtu’s global headcount is down to approximately 560 employees from roughly the 1,200 employees that Virtu and KCG had before the merger.

“As we’ve said before, we have managed our headcount to be efficient and removed redundancies from the merger,” according to Joseph Molluso, CFO of Virtu.

Part and parcel with the reduction in force, the broker-dealer also has moved its New York office to a smaller space in Lower Manhattan, as well as down-sizing its presence in London and Chicago while shuttering its Mumbai office and consolidating its offices in Singapore.

Cifu expects that the integration will provide a growing opportunity for internalization across both business units by offering institutional customers access to Virtu’s central book of retail orders.

Meanwhile, the firm plans to continue to recognise occupancy synergies as it consolidates space and rationalizes other operations, according to Molluso.