Asset managers have become more cognizant of the critical roles played by voice, data and infrastructures in their firms’ operations in the year following Superstorm Sandy, and are stepping up efforts to protect them in the event disaster strikes.

“Prior to Sandy, we placed a focus on operations, IT and disaster recovery as part of the due diligence process,” said Ken Meister, chief operating officer at Evanston Capital Management. “In the 12 months following Sandy, there’s an increased focus to protect critical voice, data, and infrastructure.”

Evanston Capital Management currently manages $4.6 billion, and specializes in the construction of multimanager hedge fund programs on behalf of 300+ institutional investors. It has turned to an outside service provider, Gravitas, to host much of its core infrastructure on the cloud.

“One’s disaster and business continuity plans are only as strong as the folks that are helping to support that from an IT and infrastructure perspective,” Meister said. “Having a service provider we can rely upon is tremendously important to protecting the infrastructure, and how we think about business recovery systems.”

Hurricane Sandy prompted the SEC’s National Exam Program to review the BCPs of about 40 advisers. The NEP assessed the impact of Hurricane Sandy on processing securities transactions (e.g., order taking, order entry, execution, allocation, clearance and settlement) as well as delivery of funds and securities, client relations, financial and regulatory obligations and technology, among other topics.

“Many asset managers have reviewed their dependence upon Third Party providers and have begun to build in some redundancy in the event voice and data systems go down,” said Vivian Maese, head of the financial technology practice at law firm Dechert. “Due diligence is an important part of the procurement process. Asset managers are also asking their suppliers what their back up plans are and incorporating the vendor plans into the asset manager’s plans and drills when possible.”

Thrivent Financial, which manages more than $80 billion, is based in Minneapolis and maintains a large office in Appleton, Wisconsin. Monica Kleve, director of business and technical solutions for Thrivent’s investment division, said that the firm has redundancy between its office locations and backup facilities. 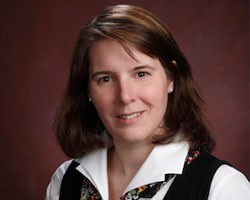 “We can go over to the opposite location very easily from a network perspective, and almost seamlessly from a data perspective,” she said. “Then we have offsite backups, for if something were to happen to both locations. We built in multiple layers of redundancy for our buildings, for our data, and for our network.”

When Hurricane Sandy struck, cell towers got completely overloaded. “One of the things we count on is being able to communicate with our employees,” said Kleve. “We encourage people to set up text notifications through our HR system, so when cell towers get overloaded we send a different type of traffic over the network that’s a lot less bulky. Those messages will queue up and get to them as soon as possible, which is faster than voice messages do.”

The key to voice and data is backup, redundancy and eliminating single points of failure in the related infrastructure.

“A lesson learned from Sandy was the need to have multiple communication pathways, media and service providers,” said Matthew Liotine, head of the program in emergency management and continuity planning at the University of Illinois at Chicago’s College of Business Administration. “During the storm, landlines were destroyed and wireless was used as a backup service. Some service providers lost service and many areas, and users had to rely on alternative providers or communication means. Since investment firms rely heavily on information technology, having a physical backup data center elsewhere may prove to be ineffective in such a widespread storm as Sandy.”

With regards to infrastructure, companies cannot operate without power. After the first World Trade Center bombing in 1993, builders considered placing electrical and power generation plant at much higher levels above the ground floors or parking decks in newer buildings.

“In Sandy, in cases arose where either power generation equipment was flooded or fuel tanks were left unprotected or at lower levels, making them prone to the flood damage,” Liotine said. “Fuel tanks can often be single points of failure and thus need to be carefully placed and protected to the same extent as the power plant.”

For asset managers, one of the keys to ensuring business continuity is to minimize the chances of voice and data systems go down.

“Centralizing all mission critical equipment within tier 1 datacenters provides the optimal solution for resiliency, not to mention performance,” said Bruce Cooper, chief technology officer at Liquid Holdings, a cloud-based technology and managed services provider to the global hedge fund and active trading markets. “However this centralized server and thin client paradigm requires the software utilized to be designed accordingly.”

As for critical infrastructure, firms should have at least one full back-up system. “Real-time replication and scheduled intraday cross-archiving are required to ensure the DR system is fully capable in times of need,” said Cooper. “The DR infrastructure should be located in a geographically diverse datacenter with optimally different vendors supplying leased lines and connectivity.”