Amidst the worst post-recession recovery since the Great Depression, the last thing Wall Street needs is an erosion of confidence in its ability to execute, yet that’s exactly what it’s facing following this year’s highly publicized blowups at Bats, Nasdaq/Facebook, and Knight.

The crisis of confidence is by no means limited to the United States. It’s a global phenomenon, as evidenced by the actions that overseas regulators are taking to put the brakes on algorithmic trading, which is viewed, rightly or wrongly, as a catalyst for the headline-making events of this year.

“I sit in front of retail investors everyday, and this is a huge talking point,” said Jim Martin, president of New River Financial Advisors in Radford, Va. “They don’t know who to trust, whether it’s Knight or Facebook, and there has been a huge erosion of investor confidence on the front lines.”

The long-simmering debate over whether algorithmic or high-frequency trading helps or harms markets has now been brought into the spotlight, and battle lines are being drawn.

Established market makers such as Knight are giving way to HFTs in the provision of liquidity, thereby contributing to the wobbliness of market structure, in the view of some.

“The problem that now exists is the lack of enough quality market makers,” said Todd Carlin, founder of Hunter Investment Partners, whose clientele is comprised of Wall Street executives, a broad range of professionals, retirees, high net worth individuals and families.

“Ninety percent of the bids and offers are now from the high speed, high frequency traders that add little or no depth to the markets,” said Carlin, a former Nasdaq market maker.

“You don’t find many market makers these days displaying firm bids and offers representing their institutional customers,” he added. “This is all done in the dark pools, so any stability that these sizeable orders can provide to the marketplace is now absent.” 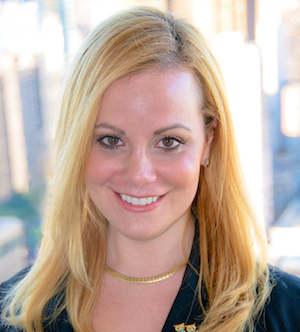 Breach of Faith
The erosion of confidence has been cumulative, peaking whenever periodic scandals have hit Wall Street.
“There was the fake research touting internet stocks that went to zero, there was the housing bubble and burst, the selling of toxic assets, the need for government bailouts, and the list goes on,” said Elle Kaplan, CEO of Lexion Capital Management, one of the few women-owned and operated investment firms in the nation.

“The same captains of the ship that lead us to financial disaster in 2008 are still captains of the new ship,” she added. “All of the above are a large part of the reason why I left Wall Street to start my own independent firm.”

Overseas regulators have taken note of the situation on Wall Street as they go about crafting market structure reforms aimed squarely at HFTs.

“Recent events overseas are a reminder of the speed and automation of markets and the importance of robust controls over those systems,” said Belinda Gibson, deputy chairman of the Australia Securities and Investment Commission (ASIC), on Monday.

View from Abroad
The increasing automation of trading, and ASIC’s focus on it, is evident in its latest market supervision report, which identified issues from high-frequency trading.

“This type of trading, and algorithms generally, continue to be of concern,” said Gibson. “The enhancements to participant-level controls that ASIC has released for consultation, together with the market-level controls released in June, will build confidence in the integrity and cleanliness of our capital markets and facilitate international capital flows.”

The report–ASIC’s fourth on the supervision of Australian financial markets and market participants– identified that during the first half of 2012, there were 22,225 trading alerts, with 36 matters referred for investigation, including potential insider trading (13), market manipulation (5), possible breaches of the market integrity rules (15) and of the continuous disclosure obligations (3).

Eight of the referrals for possible breaches of the market integrity rules were from ASIC’s Wholesale Markets team, relating to conduct in the ASX 24 market.

“Risk management for automated systems is no longer just about keeping an eye on post-trade positions or pre-trade order quantity, exposure or nominal value-based controls,” said Steve Woodyatt, CEO of Object Trading. “There is a requirement to limit these systems in the pre-trade process by looking at order flow patterns over time and price, in addition to limits applied independent of the functioning automated strategy.”