Artificial intelligence, machine learning, and other cognitive disciplines keep finding secure toeholds in risk management, but experts doubt that the industry will see a ‘big bang’ adoption of the technology.

“We’re going to see a continual shift, and that is what we’ve seen for the past few years,” said Josh Sutton, vice president and global head of data and artificial intelligence at Sapient.

The technology’s presence will make itself apparent across the front-, middle-, and back offices in fashions as different as the organizations themselves.

In the near term, Sutton foresees most of AI’s advancement in the middle- and back offices wrapped in the cloak of greater robotic process automation adoption. 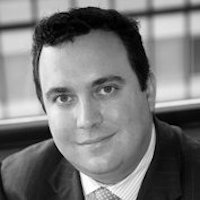 RPA effectively hit a wall over the past decade in that it could only handle the automation of activities that were 100% rules-based,” said Sutton. “The intersection of AI technologies with a lot of legacy automation work has enabled the ability to handle processing of things with a little bit more ambiguity, such as detecting and pro-actively addressing potential illegal trading behavior before the regulators do.”

One firm, which Sutton declined to name, is using RAP/AI to allocate its compliance team’s investigation resources.

The organization’s compliance system could tag the transactions of a trader who made a series of out of the ordinary trades on a day when the trader received a significant number of external phone calls for further investigation.

“The AI could look at the incident and use its common sense to understand it was the trader’s birthday and that they were reasonable trades,” explained Sutton. “I’m not going to investigate, and I’m not going to prioritize that for an investigation. If that continues, I’ll raise it back up to the top of the stack and let our team work on it. But initially, I would not waste my team’s time on that.”

Similarly, the technology also handles the ambiguity of correlation within credit risk when firm wants to determine the knock-on effects of a company melting down or defaulting.

“That’s always been the realm of economists and statisticians to come up with answers to that,” he said. “That’s an area where I think machine learning can leverage a lot of insight from historical data to come up with improved models.”

Although Sutton has not seen a lot of firms do that yet, but he hasn’t been involved in that type of project personally, he said.

Where Sutton doesn’t see AI making that much of a difference would be in areas that already highly automated like risk management in the front office.

“This has been highly automated for a while, whether it is calculating value-at-risk or Comprehensive Capital Analysis and Review reports,” said Sutton.

A more disruptive technology likely will be the real-world deployment of quantum computing, he added. “What used to take hours of computational processing from our existing systems can be done in seconds with quantum computing. I think that will be a bigger game changer in calculating market risk than AI.”