By John Wise, CEO, Co-Founder and Chairman of InvestCloud 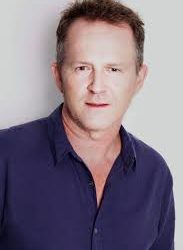 Despite much ado about robo-advisor startups and the threat they pose to the traditional financial advisors, the greatest threat of all may turn out to be major banking institutions.

These institutions are doubling down on platforms that bring the convenience and ease of digital touchpoints to customers. They are also coming into this market with a scale and accessibility that is setting a new bar, bolstered by the strength of their existing brands.

With this combination of factors, they should be considered as seriously daunting competitors.

What is motivating the banks

While this move by the banks will directly threaten the wealth advisory space, stealing from that pie is not what is driving them.

Their ambitions have been launched by bottom-up client preference, in tandem with fear of the innovations that continue to develop from fintech startups.

A2018 executive survey by Forbes found that nearly 80 percent of top financial services executives feared that their firms were at risk of disruption and displacement by more agile, data-driven digital competitors. This was not just focused on fintech – tech giants likeAmazon and Google were also highlighted.

According toa recent survey sponsored by JPMorgan Chase, 60 percent of US bank customers say they are willing to try a financial product from a tech firm they already use. That number rises to 73 percent for customers aged between 18 and 34. In the face of this risk, banks are redefining as “tech companies in the financial services business”  Barclays isa case in point – describing their rapid digitalization asfundamentally transforming how they serve every customer and client, from individual personal banking customers right through to the largest institutions.

This isn’t just rhetoric. The banks are putting their money where their fear is.

HSBC’s spending on digital offerings recently topped $2.3 billion. Part of that is an allocation of $200 million for investment in enterprise fintech start-ups as well as support forThe FinTech Innovation Lab. According to Vivek Ramachandran, HSBC’s head of growth and innovation for global commercial banking,the investment is paying off, saying that “Over the past three years, globally an additional 1.5 million customers have started to use HSBC’s digital banking services.” Having the right tools for digitally savvy customers makes HSBC more attractive to many more potential users.

No bank has shown a greater commitment to this space than JPMorgan Chase. Having spent nearly US$20 billion over the past two years to build and scale its digital initiatives, it is creating what CEO Jamie Dimon refers to as a “Mobile First, Digital Everything” strategy. This strategic imperative was behind JPMC’s rollout of its You Invest platform, giving access to free trading for 48 million digital customers.

In a recent study of FinTech adoption based on a global survey of 1,308 financial services and FinTech executives, PwC found that wealth managers are aware of the disruption in the industry. Just over 41 percent believe their clients are already are conducting business with FinTech companies. A further 60 percent see higher value wealth management services at risk of moving to a FinTech alternative.

The same study also shows thatmost firms seem to be focusing only on short-term initiatives rather than taking a more strategic, long-term approach. This is despite many firms saying they see the seriousness of the threat. By and large, this shows they have yet to fully understand how to use and integrate cloud-based applications and platforms with their existing architecture.

While the competition may seem intimidating, RIA’s should take heart that the internet favors ingenuity over size. Although many no longer remember Microsoft’s Encarta, it was intended to be the dominant encyclopedic and a pet project of Bill Gates, when little Wikipedia started with two employees, a borrowed server and no real budget. Microsoft ignored this ingenious startup, instead marking the online version of the Encyclopedia Britannica as its nemesis. Encarta no longer exists and Wikipedia – with 3.9M articles – is now 30 times the size of 246-year-old Britannica.

The point is that advisers often fail more for lack of imagination than lack of resources. With the tool sets and platforms that are now available, firms of any size can create a competitive digital offering. In fact, they can economically create a bespoke digital offering that uniquely serves their specific clients. This is something the banks cannot easily do.

A firm’s client portal is where this transformation starts. Advisers know that giving clients 24/7 access to portfolio and account information is now a requirement. What many do not know is that their client portal can be easily driven by their own accounting system, rather than the services offered by custodians. This gives the advisor the ability to not only offer a fully consolidated view of assets, but also to customize reporting for specific clients and families.

Beyond these core functions, a custom cloud portal also allows a firm to augment portfolio reporting with a comprehensive view of held away assets, including even illiquid assets like real estate or automobiles. Other second stage functions include offering curated news and commentary as well as client onboarding.

Digital transformation is now available to any firm of any size. Picking a partner can help that transformation happen quickly and cost effectively. Quality and functionality do not need to be compromised – an independent firm can now offer a solution as good as what the major banks are rolling out. Adopting digital lessens the competitive threat, ensuring RIAs are a part of the industry disruption.