Why We Must Celebrate International Women’s Day 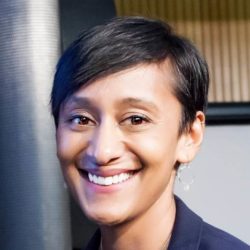 We are all familiar with campaigns, initiatives and activities around the world, such as the #MeToo and #TimesUp movements, which ensure that gender equality is firmly on everyone’s minds.

Stereotypes and biases are more likely to be called out now, as men’s former dominant role in society is being questioned. Finally, we are moving to a very exciting time in history where we all “expect” gender balance.

Why then – when the world has recently made so much progress on gender equality – do we at BNP Paribas still continue to focus on the issue so heavily?

The business case for gender diversity has already been stated many times. The race for a gender-balanced boardroom is well documented. But until we change the optics around women in the workplace and dispel the anciently grained myth that women cannot reach the same echelons as male colleagues, we will continue to see the divide. There is little point in creating a diverse workforce if the cultural norms, behaviors and incentives within a company do not allow them to contribute and flourish.

Gender Pay reporting has had an encouraging effect in the UK for instance, where it is mandated by the government, but there are stark differences in what organizations are required to and choose to disclose about diversity and culture. Moreover, the quality of narrative disclosure about what organizations are doing to address their gaps is absent.

As the CHRO for the Americas, I consistently notice that we are still overlooking the impact of gender inequality on individuals day-in and day-out. This was highlighted to me in some external research that I read recently where it was found that:

 66% of women receive feedback in their performance reviews around their personal style. Comments such as “you can sometimes be abrasive”. Only 1% of men receive the same feedback.

 Men who stayed later to help prepare for meetings receive an average of 14% increases in their performance ratings. What increase did women get for staying late? No increase at all.*

 Finally, the research showed that men interrupt women in meetings 3 times more often than they do other men.*

Despite all of this, women have learned to become resilient in the workplace – they are naturally resilient, as they have many more facets to face in their roles as mothers, partners, sisters, colleagues and role models. My admiration for women continues to get stronger every single day. I also continually ask myself, as a single professional without children, what I can do to make the lives of female colleagues easier.

Recently, BNP Paribas has improved its parental leave policy to ensure we matched our competitive landscape, alongside rolling out a new, agile working policy, and we hope these are making the working environment more flexible for our staff. We have also hosted numerous Unconscious Bias Leadership Workshops, which have now been rolled out to over 4,000 US-based employees.

BNP Paribas has also set a target of reaching 25% representation of women on its Executive Committees and more than 30% among senior manager positions by 2020. I am proud to say that we were one of the first companies to sign the “Women Empowerment Principles (WEP).” BNP Paribas has also intensified its commitment to women’s rights through our partnership with HeForShe, the solidarity campaign promoting gender equality launched by the United Nations for Gender Equality and Empowerment of Women. In addition to being a global champion of the HeForShe movement, this year BNP Paribas is celebrating International Women’s Day by changing the color of the back walls in Stadium 1 to Magenta at our flagship regional event, the BNP Paribas Open, as well as donating $100 to a gender equality partner charity for every ace served at the Open on March 8.]

Imagine if all senior managers with positons of privilege thought more about what they could do to facilitate the lives of female colleagues. This is why we all need to be reminded of how amazing our female employees are, and take this week to celebrate the many talents of women, who, despite representing more than half of the world’s population, are the underrepresented group in nearly all industries.

International Women’s Day celebrates all the progress that has been made, whilst recognizing the work yet to be done. Today, please join me in also celebrating all the women around us – mothers, sisters, friends, teachers and colleagues – who have and will continue to make a sincere impression and impact on us all.