Will ETF Reform Beat Crypto ETFs to the Finish Line?

Having the U.S. Securities and Exchange Commission approve a bitcoin-based exchange trade product before reforming its ETF approval process could be putting the cart before the horse, according to Commissioner Hester Peirce. 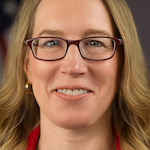 “People who call me ‘Crypto Mom,’ often as me how long it will be before the SEC would approve a bitcoin-based exchange-traded product,” Peirce said this week at the ETFs Global Markets Roundtable in Midtown Manhattan. “My typical answer is ‘I don’t know,’ particularly because the initial decisions are made at the staff level, not at the Commission level, which may be a very long time.”

Commissioner Peirce said it was remarkable that the SEC is still approving new entrants to the $3.4 trillion ETF market using the same exemptive relief process it has used since approving the new asset class in 1992.

“Taking 25 years to work through the SEC’s issues with plain vanilla ETFs does not bode well for other ETFs and exchange-traded products that things other than plain vanilla, including those with a cryptocurrency angle,” she said.

However, she noted that the SEC did propose an ETF rule in 2008, only to be sidelined by the global financial crisis.

Having such a rule in place would provide standard conditions for regulatory relief as well as help ETF sponsors get their product to market faster, improve capital formation, and enhance the health of the market.

The SEC’s delay in approving ETFs that incorporate cryptocurrencies might raise the specter of “product worthiness” as the regulator repeatedly confirms its concerns regarding market manipulation, to custody and retail investor protection, according to Commissioner Peirce.

“It’s not the SEC’s role to be the arbiter of what is an appropriate investment or act as an investment advisor, she added.

The ETF regulatory winds may be changing direction as the SEC approved its first non-fully transparent actively managed ETF on May 19.