What Will Santa Claus Bring Traders?

Is it just me or have you noticed this too? When I was young, autumn was the kick off for the holiday trifecta of Halloween, Thanksgiving and Christmas. This year, more than any others in recent memory, we seem to have moved directly from Halloween to Christmas. On the first day of November, the Halloween candy was discounted and the orange and black twinkle lights were taken off the shelves. To my surprise, they were not replaced with cornucopias and pilgrim salt and pepper shakers. They were instead replaced with the things of the giving season. Festively wrapped packages, Christmas trees and reindeer feeding kits.  Even the parking lot light poles were decked out in red garland and faux boughs of holly. The autumn holiday lineup is now Halloween, Black Friday, and Christmas.

So why is it that I am in fear that “A Charlie Brown Thanksgiving,” is going to be replaced with “A Charlie Brown Black Friday?”  It is because the holidays are now driven by big business.  Thanksgiving is not the financial windfall that companies are looking for – Halloween and Christmas/Hanukah/Kwanza are.

Kathy Grannis published an interesting article on the National Retail Federation (NRF) website[1]the, outlining holiday spending totals. The winter Holidays, including Christmas, Hanukah, and Kwanza held the top spot when it comes to dollars spent with a whopping $600 billion spent. Halloween came in a respectable 8th place with $6.9 Billion. Thanksgiving was not even mentioned.   Here is the entire list with the top three values:

Have you ever heard the warning “Sell in May and Go Away?” If you have, you probably know that during the six months from May through October, the stock market does not perform as well as the six-month period from November to April as many learned from The Stock Trader’s Almanac[2]. 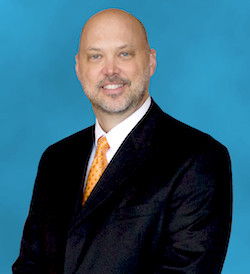 Interestingly, the scariest six months of the trading year end with what is known as the “Halloween Indicator.” If you were to invest in the stock market from November 1 through the end of April, then close your positions and move your capital to fixed income, over the past 50 years you would have had done well for yourself.  According to a study done by Hanlon’s Investment Management[3], the November through April time frame has out-performed the alternate six-month timeframe by 5.8%.

There is also a phenomenon in the stock market that most traders are familiar with known as the Santa Claus Rally.  The Santa Claus Rally is a rally in the S&P 500 that typically occurs during the last five trading sessions of December, and runs through the first two trading sessions of January.  If one were to participate this year for instance, it would mean entering into positions at the close of market on December 23, and closing out those positions on January 5. Again, according to the Stock Trader’s Almanac[4], over the past 50 years, this period of time has yielded a 1.5% gain in the S&P 500.

So, how can the trader take advantage of these seasonal rallies?  When it comes to participating in the remainder of this seasonal upswing, traders might consider controlling shares of the S&P Depository Receipt, or more commonly known as the SPYDR’s, with call options.  The SPYDR’s (SPY) are an exchange traded fund that mirrors the S&P 500.  SPY call options are currently very inexpensive based on the volatility skew.  The March 2015 “At the Money” calls on the SPY are trading for just under $5.50 per share, at present. The Historic Volatility is 15.2 and the Implied Volatility is at 12.5.  Anytime the Implied Volatility number is less than the Historic Volatility you should consider the options to be trading at a discount.  By purchasing an option that expires in March, the trader would be able to take advantage of the majority of the expected seasonal rally.

SPY calls may also be the answer to making some extra holiday cash with the Santa Claus Rally, but it will be important to evaluate the option volatility prior to making a trade.