True — as opposed to self-declared — blockchain experts are few and far between. The Wall Street Blockchain Alliance and Positrust plan to address the knowledge gap with a blockchain education proof-of-concept that is slated to go live in late November.

“It’s not just about creating new blockchain developers and engineers,” said Ron Quaranta, chair of the WSBA. “It’s is about creating an ecosystem where the WSBA and WSBA Certification Framework program are the trusted platform for people in financial services to learn about and utilize blockchain capabilities over time.” 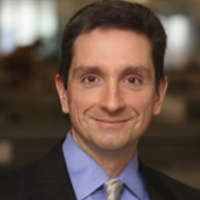 Other disciplines within financial services, such as business management, product management, and strategic executive management, would also benefit from the WCF, he added.

The multi-tier pilot will have physical as well as virtual resources available to participants, according to Andrew Kasaija, managing director at Positrust.

“The WCF Proof-of-concept has a physical presence. Along with classes, it will host workshops, and be a location where candidates can meet to continue their collaborative investigations as WCF content matures,” Kasaija said. “Additionally, an online community is under development to support continuing education after the POC ends and the formal education framework goes live.”

Between now and November 30, WSBA and Positrust plan to develop the WCF’s core syllabus and body of knowledge.

“A lot of the WCF’s content that will be leveraged will come from WSBA members and wider industry expertise through the WSBA,” said Quaranta.

However, he stated it was too early in the project to divulge which WSBA members plan to participate in the proof-of-concept currently.

WSBA and Positrust’s final goal before launching the proof-of-concept is to embed a feedback mechanism within the platform’s online portal, he added.