As the US Securities and Exchange Commission canvasses the public for comments on the Cboe Global Market’s latest filing for a bitcoin-based exchange-traded fund, one trade association may be heading toward a public stance on the matter. 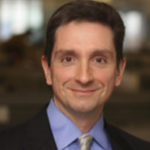 “We have not taken an official position yet, but that might change relatively soon,” said Ron Quaranta, chairman of the Wall Street Blockchain Alliance. “I cannot comment beyond that right now.”

However, a couple of the organization’s working groups has been working quietly in the background examining the subject, he added.

The WSBA has had a twin focus of educating and fostering cooperation amongst its membership regarding blockchain as a technology platform across the global capital markets as well as the emerging crypto asset class since the organization’s founding in late 2015.

“Crypto assets have always been part of the original mandate,” said Quaranta. “Interest has ebbed and flowed in concert with how the industry changes.”

He noted that interest in asset class within the industry association peaked initially but is starting to return.

In the meantime, the WSBA is working with other blockchain-focused industry associations, such as the American Institute of CPAs and Blockchain in Transport Alliance, to address tax and supply-chain issues facing its membership.

“Our fastest growing demographic right now is global accounting practices, which is driven by our relationship with AICPA as well as law firms that are looking at blockchain from an initial-coin-offering perspective and what it means for the future of capital raising.

“The Withum Digital Currency and Blockchain Technology team is excited about our new partnership with the Wall Street Blockchain Alliance,” said Chris DeMayo, partner and team leader of Withum’s Digital Currency and Blockchain Technology group, in a prepared statement. “With the rise of distributed ledger technology and the influence Crypto-Currency has had on our financial systems, digital assets and blockchain technology are becoming part of the fabric of our technology community at a rapid pace. The possibilities of their impact and disruptions across all industries are unlimited. We are embarking into a new era that can permanently and dramatically change how we do business.”