Signs of improving economic growth, increased oil price volatility, and a strong dollar propelled by significant demand for U.S. Treasuries from foreign buyers helped fuel investor demand for exchange-traded funds, which can be an efficient tool to implement macro-oriented themes.

With active mutual fund managers continuing to struggle, investors found comfort in the cost-efficiency and control of equity ETFs, according to Dave Mazza, head of research for SPDR ETFs and SSgA Funds at State Street. 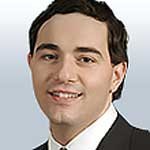 “2014 was a gangbusters year for ETF asset-gathering,” Mazza told Markets Media. “While we’ve been in an investment environment which has generally been favorable for stocks, it certainly has not come with volatility. As ETFs are low-cost and have the transparency and flexibility of intraday trading, they allow investors to be able to have control over their investments in a way which was unprecedented prior to their evolution.”

The U.S. continued to dominate flows at the regional level in December, adding close to $45.1 billion bringing year-to-date totals to $139.9 billion. “We certainly saw U.S. equities dominate flows relative to all other areas in the market last year,” said Mazza.

At the sector level, one of the most interesting developments is flows back into the energy sector. Even as oil prices continue to be significantly depressed, energy ETFs have witnessed inflows as investors look to bottom fish the market for relative valuation opportunities.

“Oftentimes people assume that ETF investors are just following trends,” said Mazza. “This is an example where ETF investors may be leading a trend for reversal in 2015 or simply just looking at capture some relative valuation as other areas in the market have drawn much more attention, such as health care.”

One of the biggest investment stories of 2014 was the broad-based strength of the U.S. dollar, according to Dodd Kittsley, head of ETF strategy at Deutsche Asset & Wealth Management.

“Over the past year, the U.S. dollar has risen significantly relative to the euro and yen due to divergence: divergence in economic growth rates, and resultant divergence in monetary policy,” Kittsley said in a report. “Investors should be aware of the magnitude of currency’s negative return on international equities over the past 12 months, as well as the longer three- and five-year periods.”

With the exception of energy, commodities underperformed in 2014, particularly precious metals, which saw outflows of $3.5 billion during the year, State Street said in a report. The consensus opinion is that much of this seems to be driven by oversupply.

“The one area that’s interesting heading into 2015, which we’ll have to see how it plays out, is the continued lack of interest in commodities,” he said. “This is one of the bearish classes as expectations for inflation remain low and there’s concern about global economic growth further depressing prices. But just as we’ve begun to see with energy equities, maybe investors will begin to use the ETFs to tip-toe back into the market. That’s something that I’m going to be keeping an eye on in the early days of 2015.”

Active products experienced outflows in December and trailed their passive and derivative-based peers on the year. Investors will likely continue to look for favorable track records prior to committing capital to active managers, according to Mazza.

“Active ETFs only represent about 1% of the ETF market at present, but it’s an area that continues to garner attention, as there continue to be launches in that space,” he said. “2014 was probably a disappointing year for those expecting active ETFs to continue to propel in size, but this is a space, because there’s a significant amount of interest in it, that will likely continue to grow, at least from the product launch perspective.”