Eugene Danilkis is co-founder and CEO at Mambu, a cloud banking technology provider

What are the major themes of your business in 2014?
In the past year, we’ve seen more global banking organizations launch new businesses related to lending fueled by the power of cloud banking technology. For instance, earlier this year we helped Argentina’s Banco Macro launch an SME lending subsidiary, which runs independent of the bank’s system, to offer loans to small businesses and microenterprises in Salta, one of Argentina’s poorest Northern regions. We’ve also seen a new interest in developed countries, such as the UK over the past year, to offer new lending products to individuals and small businesses that use agile technology to offer more competitive interest rates that shake up the consumer lending market. We’re essentially seeing a broader range of diversified products and participants that have expanded opportunities for global lending. 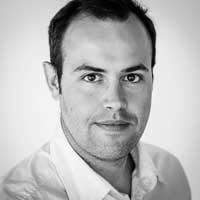 What are your expectations for 2015?
In 2015, we expect to see a continued surge in new entrants and digital disruptors emerge with new lending programs and technologies aimed to close the financial inclusion gap. There are an estimated 2.5 billion underbanked individuals globally, and whether they’re a large bank, startup or other type of institution, everyone is looking for a way to serve this market. Technology will be the linchpin for lenders in developed countries and emerging markets alike to offer new programs and products quickly (whether microfinance, Peer-to-Peer or otherwise), drive down interest rates and scale their global networks. To add to that, we’ve recently received some inbound inquiries on “cloud-first” strategies from banks, which will amplify business in 2015. This stems from a shift in increased awareness around cloud technology benefits, something which didn’t exist a few years ago. Now people understand that the cloud goes beyond just placing servers in another building and this is transforming how industry players think about cloud business models.