Mark Davies is general manager and head of Avox, a provider of legal entity data validation services and products

What were the major themes of your business in 2014?
In the last year, some of the most important changes that have taken place in the adoption of legal entity identifiers (LEIs) have come in the form of published guidelines and regulatory updates. One such significant milestone was the publication of guidelines by European Insurance and Occupational Pensions Authority (EIOPA) on the use of LEIs in September 2014, which demonstrated the broader commitment of other industry sectors to get behind LEIs and use these identifiers for reporting going forward. 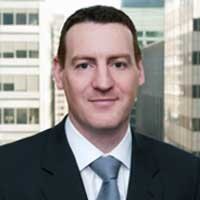 With this EIOPA update, the industry now has three major European supervisory authorities collectively supporting the use of LEIs: EIOPA, European Banking Authority (EBA), and European Securities and Markets Authority (ESMA). There are 62 regulators who have now signed up to the Regulatory Oversight Committee (ROC) and will now use LEI codes going forward for their regulatory reporting. As 2014 ends, the industry is starting to see the National Competent Authorities and the pan-European supervisory groups discuss how LEIs will become the foundation of systemic risk mitigation efforts.

What are your expectations for 2015?
In the coming year we will see an increase in the issuance of LEIs as other major G20 jurisdictions implement derivatives reporting regimes. We also know risk reporting requirements are front and centre for many of the banks, including new requirements from Basel Committee on Banking Supervision (BCBS) for strong internal data governance and sourcing of information and also requirements under MIFID II and CRD IV.

BCBS regulations introduce principles for managing information and data across the entire organisation. Firms are now focusing on implementing centralised data management platforms that can help to ensure that silos of data are broken down and held in a single repository while ensuring that accountability for data management exists, and that the correct behaviour is intact from the bottom up.

Into next year, we know that FATCA is starting to shape up in a very similar way to the G20 derivative reporting rules in that there will be a series of different national tax authorities implementing FATCA-like requirements. The hope and expectation is that there can be some consistency in the way tax reporting is conducted globally, but complying with international equivalents of FATCA is going to be important for firms in the coming year.

The fact that FATCA is already in place means there are opportunities to leverage experience gained and processes established to meet tax reporting requirements of other jurisdictions. Just as we saw EMIR follow Dodd-Frank, I believe tax reporting will follow a similar path in terms of extending tax reporting of one jurisdiction to others this year.