The intersection of finance and technology is a place alive with innovation.  Over 2015, the focus on this area has sharpened with politicians and business leaders alike championing the fintech revolution set to transform the financial services industry and bring it into the digital age.  But what’s driving this revolution?  I see four interlocking themes that are inspiring the changes we see in our industry and which will only continue to grow in importance and influence during 2016.

Uncertainty in the financial markets
Since 2008, we have gone through some very tough times in financial services.  While it looks like things are improving steadily, there is still an unprecedented level of uncertainty in the markets.  No one knows what things will all look like in, say, five years’ time.  That uncertainty has a couple main drivers:

Big Data
I think this phrase is way overused these days, but it’s a phenomenon we can’t ignore.  Big data is not actually new.  For those of you who have seen the movie ‘The Imitation Game,’ you’ll know that the very first application of a modern computer was solving a big data problem (cracking the German Enigma code during WWII).  Big data is also not necessarily big — the most ‘magical’ aspect of big data is what I call “Smart Data”: the application of statistical analytics and machine learning to data sets to find interesting signals in all the noise.  The recent advances in making large scale infrastructure cheap and fast enough to handle very large sets of data just makes those smart data applications all the more powerful and valuable. 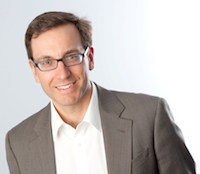 Big data mindset and initiatives drive the magic of Google, Amazon, Facebook, and many others, and they also promise to bring whole new capabilities to financial markets that may lead to major advances in alpha generation, risk management, and customer insight.  All firms involved in financial markets are looking beyond “financial data” (prices, fundamentals, economic indicators, etc) to “financially relevant data” which includes a vastly greater range of data, from sentiment analysis of social media to aerial photographs of retailer parking lots, in an attempt to get one step ahead in predicting how markets will move.

Changing customer expectations
Customers will always want things better/faster/cheaper, but the age of the internet has brought the additional expectation for instant gratification.  Customers want to click on a button and have their request fulfilled instantly.  They no longer believe that they have to be patient for a quality service: they can sign up to and use online services instantaneously.

Users have also shown a willingness to interact with a machine as readily as with a human, provided that the service they get is delightful. And this has big ramifications on the nature of the workforce in our industry.  Look at the fate of the bank teller, who has been almost entirely replaced by ATMs over the past 30 years.  Now, a host of “robo-advisors” are springing up in the wealth management space.  In some areas, traders are being replaced by algorithms.  But if the service is not delightful, or if the client need is a bit unusual, users want to talk to humans, immediately, and they expect those humans to know everything about them.

Regardless of whether they are being served by humans or machines, users expect an unprecedented level of personalization and insight from their service providers.  And at the institutional level, customers are increasingly demanding services rather than tools.  They don’t want tools to solve their problems, they want you to solve their problems. Period.

The emergence of open platforms and ecosystems
One of the biggest attributes of the industrial revolution was the emergence of the manufacturing supply chain, and the resulting ability of firms to specialize intensely on delivering one small piece of that chain excellently and with scale economics. The emergence of the supply chain in professional services firms has started only recently.  Traditionally, banks, law firms, and accounting firms did it all themselves.  But now we’re seeing the beginning of large firm disaggregation and the emergence of business process outsourcers.

One absolutely critical requirement for the development of a viable supply chain is the acceptance of standards.  In the manufacturing world, things have become highly standardized, and supply chains have become incredibly sophisticated as a result.  In the high technology world, multilateral supply chains — ecosystems — have become the norm.  Firms like Google, Amazon and Facebook go to market with a cloud of value added partners.  This is all possible because those firms supply open platforms to their industries that provide standardization, tools and infrastructure, and distribution.   In the multilateral ecosystem world, the lines between customer and supplier have become blurred.  A merchant on Amazon may also be a purchaser on Amazon.  This trend is happening in the financial industry too, and has the potential to change finance as much as it’s changed retail.

None of these four themes is going away any time soon – in fact, their influence is only going to grow.  Uncertainty, big data, customer expectation and open platforms are converging right where finance meets technology and transforming the financial industry as a result.  2016 is going to be an even more exhilarating year for everyone involved.