The quest for non-correlated returns has not abated even as five years have passed since the financial crisis, and the U.S. economy is slowly clawing back to something approaching pre-crisis levels.

Commonwealth Financial Network, one of the largest independent broker-dealers with 1,600 investment advisors and $72 billion in assets under management, is actively recommending mutual funds that include alternative strategies such as global macro, merger arbitrage and managed futures. 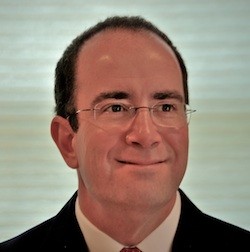 McMillan, who joined Commonwealth in 2006 as director of alternative investments, created the alternative financial strategies group which specializes in managed futures, hedge funds, and other non-traditional investment strategies.

“After I joined Commonwealth, I built one of the most extensive programs for alternative funds, which at the time were mostly private products,” McMillan said. “Since then, there has been an evolution of alternative strategies within ’40 Act wrappers.”

About two and a half years ago, Commonwealth concluded that the alternative product class available via mutual funds was “mature enough to include on our recommended list of alternative strategies,” said McMillan.

The financial crisis proved to be the turning point.

“Pre-crisis, we were concerned about the ability to offer different strategies and get the best managers in a retail as opposed to a private structure, as well as about the demand for these products among retail investors,” McMillan said. “That all changed in 2008. All of a sudden, the retail investor was awakened to the potential of risk in basic buy and hold strategies, and saw the need for real diversification not just asset class diversification.”

In April 2013, alternative funds had the strongest organic growth rate among category groups, taking in $3.8 billion, according to Morningstar.

In 2011, Morningstar added 10 new alternative investment categories within the Morningstar Category classification system—eight for ETFs and two for the broad universe of funds, including U.S. open-end mutual funds and ETFs. The company also renamed the Long/Short category Long/Short Equity and relocated long/short funds without a predominant equity exposure to the most appropriate new alternative categories.

“We’re adding these new categories because of the growing number and heightened usage of alternative funds,” the company said at the time. “It’s clear that alternative funds are here to stay. More than 400 alternative mutual funds and ETFs launched in the last five years, including more than 100 last year alone.”

Pension funds, under pressure to generate returns, represent a rich vein waiting to be tapped by managers of less liquid strategies such as private equity.

“Pension funds, with liabilities measured in decades, are well suited to take positions in private equity, which is relatively illiquid, and for which they can demand a premium over more exchange-traded products such as REITs,” McMillan said. “A ’40 Act fund, on the other hand, can’t do that because investors can walk out the door tomorrow.”

Broadening the investment options available to direct contribution (DC) retirement plans to include real assets, emerging market equities and debt, and liquid alternatives could improve risk-adjusted returns while reducing volatility and providing better protection against inflation, according to a report from BNY Mellon.

“Traditional DC plans do not provide the level of diversification and risk balance that plan participants require to achieve their retirement goals,” said Robert Capone, executive vice president, BNY Mellon Retirement Group, and the author of the report.

The report attributes the limited range of investment options included in DC plans as the primary reason for their inability to match the performance of defined-benefit (DB) plans. DB plans tend to incorporate a range of non-traditional assets.