Accenture’s FinTech Innovation Lab London increased the number of female founders in its new cohort after changing its search to reduce the gender gap and will maintain this process in the future.

Tom Graham, managing director in banking at Accenture and the lead sponsor of the Fintech Innovation Lab, told Markets Media that research has shown that only between 1% and 5% of fintech firms had female chief executives. 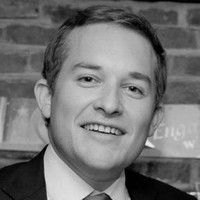 “This is terrible,” he added. “We wanted to remove the barriers to entry for female founders.”

The Lab worked with fintech platform F6S and used its network of FinTech Innovation Lab alumni and female mentors to proactively scout female-led companies to apply. As a result the new cohort had a 50% increase in the number of female founders from the previous year.

Caroline Hughes, co-founder and chief exeutive of Lifetise, a participant in last year’s Lab, said in a statement: “As a participant in the programme in 2019, I have first-hand experience of how valuable these accelerator programmes can be for new businesses. I think it’s extremely important that female founders, of fintechs in particular, are encouraged to take part in these programmes as there is still plenty to be done to narrow the gender gap in the industry.”

The 2020 scheme will programme also include new female CEO-led masterclass sessions and events tailored to women in financial technology.

Accenture’s FinTech Innovation Lab was launched in London in 2012 to better connect banks and new fintechs.

“The existential threat has diminished and there are now more  partnerships and engagement,” Graham said. “It is a good way for banks to meet fintechs and vice versa.”

He continued that when the lab launched the main themes were bitcoin, blockchain and peer-to-peer lending but this has shifted to retail banking and open data. For example, one fintech worked with Nationwide, the UK bank, to infirm customers when an account was likely to go into arrears.

There are a number of fintech accelerator programs but Graham said Accenture has an advantage as a neutral party in the ecosystem and can give honest feedback.

“We also have a unique set of mentors who are very senior executives,” he added. “In addition, Accenture has an army of people who are experienced at helping firms execute their ideas.”

Fintechs can partner with senior executives from more than 40 financial institutions including Cris Conde, executive in residence, former chief executive and chair at financial technology firm SunGard; Scott Condron, retired managing director at Blackrock and Damian Sutcliffe, former EMEA CIO at Goldman Sachs according to the Innovation Lab’s website. The cohort also has the opportunity to work with Accenture for three months after leaving the program and they continue to grow.

The Lab received approximately 300 applications from around the world last summer to join the new cohort of 20 fintechs across five streams according to Graham. The three-month accelerator runs between January and March this year.

The applications were scored, and 20 firms per stream were invited to pitch on an interview day.

“There is a clear opportunity to change market structure in capital markets but that will take time,” said Graham. “If digitisation is executed correctly this will change face of capital markets.”

BITA  has launched  launch BITACORE, a platform for asset managers and institutional investors to design, build and test their own indexes and investment strategies. Globacap uses blockchain to make capital raising in private capital markets more efficient. Invisage aims to help asset managers and  providers objectively measure the performance of research after MiFID II, the European  Union regulations, mandated the separation of trading commissions and payments for research. ResonanceX.io is a new  marketplace to create, distribute and invest in structured investments.

A subset of the cohort will present to venture capitalists and financial industry executives on graduation day in March.

Graham continued that the success of the programme can be deduced from the alumni survey, the amount of funding raised, the progress from proofs of concept and the formation of partnerships. Since the FinTech Innovation Lab London launched in 2012, 94 start-ups have taken part and  secured approximately $500m (€496m) of funding.

He cited Untied, a fintech who graduated in March last year and have since launched a product, as an example of the success of the accelerator.

Marcus Tettmar, funder and chief technology officer at Untied, said in a blog that the fintech presented to the likes of JP Morgan, HSBC, Lloyds Bank, Socgen, UBS Banca, Intesa Sanpaolo, RBS, Santander, Nationwide, and Direct Line on the programme.

“We’ve met people from all over Accenture and their partners; been inspired by other startups; taken part in workshops and seminars on everything from pitch practice to investment and working with corporates,” wrote Tettmar. “We’ve also benefited immensely from time given up generously by investors and business mentors from within Accenture and other organisations.”