The Association for Financial Markets in Europe said the capital markets industry may relocate some activities if the UK votes to leave the European Union.

AFME published a report this week, “The UK Referendum: Challenges for Europe’s Capital Markets”, which was written by law firm Clifford Chance to assess the legal and regulatory impacts if the UK votes to leave the European Union. The UK is holding a referendum on June 23 on whether to remain in the EU. The referendum also comes as the European Commission is in the process of creating a Capital Markets Union which aims to increase capital markets financing throughout the region.

The report highlighted problems for both UK banks wishing to trade in the EU and vice versa, as well as the many EU companies and investors which rely on continued access to UK investment banking industry and financial services in the event of Brexit.

Chris Bates, partner at Clifford Chance, said in a statement: “The EU passports for banks, investment firms and products have shaped the way in which capital markets services are provided in the EU. However, there is likely to be a long period of uncertainty after a vote to leave as to whether these regimes will be available, which will affect market participants’ business planning.”

If the UK leaves the EU global UK-based banks would not be able to ‘passport’ their services to the rest of the EU under existing legislation and it would also affect how asset managers provide and distribute investment advisory services. UK Ucits funds would no longer be eligible for distribution in the rest of the European Union and vice versa. There would also be investment restrictions as Ucits funds cannot invest more than 30% of their assets in non-Ucits collective investment schemes.

Trading venues, central counterparties and central securities depositories and their users could also be affected by new restrictions unless these infrastructures are recognised as equivalent in the EU and the UK. “The resulting change to the insolvency law treatment of clearing and payment systems and banks and investment firms may cause firms or their counterparties to re-evaluate their relationships,” said the report.

The study added that UK banks and investment firms that use the UK as a hub location to provide cross-border investment banking, corporate banking and private wealth management services to clients and counterparties in the rest of the EU are likely to be significantly and adversely affected by new restrictions on cross-border business following a UK exit from the EU.

“It may be necessary to relocate some activities to branches or entities based in the rest of EU in order to continue to access clients and counterparties there,” added the report.  The extent of relocation will depend on whether the MiFIR “third country entity passport” becomes available or if there is uncertainty over its eventual availability. 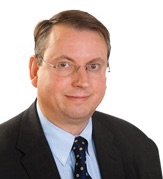 This month the BlackRock Investment Institute said in a report that Brexit offers a lot of risk with little obvious reward. BlackRock said an EU exit would lead to lower UK growth and investment, and potentially higher unemployment and inflation while any offsetting benefits look more amorphous and less certain.

“Brexit would cut into the financial industry’s outsized contributions to the UK economy, tax revenues and trade balance, we believe, and offset apparent fiscal gains from leaving the EU,’ said BlackRock. “We could see the EU pushing hard to harmonise standards for financial services and capital markets – to the detriment of a UK financial industry dependent on single market access.”

The report added that financial services paid £66.5bn (€93bn) in taxes, or 11% of government tax receipts in fiscal 2015 according to a PwC report, including employment taxes of £30bn for 1.1 million workers.

“This adds up to some £27,300 per person. Suppose 10% of these workers lost their jobs after a Brexit? This could cost the government up to £3bn in annual employment taxes alone – especially if higher-paid workers bore the brunt, we calculate,” said BlackRock.

In asset management the UK has a 50% share of the European market, which is contingent on the ability to do business across the continent, as regulations such as Ucits directive and the Alternative Investment Fund Managers Directive allow distribution across the EU.

“To maintain their Ucits or AIF status, UK-based funds might have to move to a European Economic Area jurisdiction,” said BlackRock. “This would likely be a taxable event for investors – a high price to pay.”

In addition the Ucits and AIFMD regimes are recognised in Asia and Latin America so Brexit would also affect global distribution.