“Our focus was on people, process and technology in our data-centric, business-focused transformational program of change, which included the implementation of SimCorp Dimension, and went live on August 12, 2013,” Baker said.

For much of 2009-2010, management determined that the underlying processes at AIMCo would not be able to keep up with the dynamic future vision for the organization. 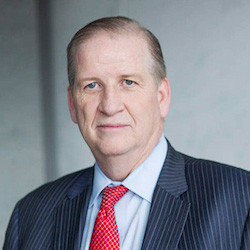 “Limitations were surfacing on our infrastructure that dealt with key components of an investment manager, including trading, accounting, data management, risk management and performance attribution,” said Baker. “This fundamental infrastructure was 18 years old and would not allow AIMCo to make the required changes. The outdated software was inconsistent and complex, and did not measure up to the kind of leading investment manager that AIMCo was determined to become.”

AIMCo, one of Canada’s largest and most diversified institutional investment managers with more than $80 billion in assets under management, was selected for the 2014 SimCorp StrategyLab Risk Management Excellence Award.

StrategyLab considered AIMCo to be unusually well-focused on “return on risk” in a way that shifts the investment approach from conventional asset classes to unconventional positions that may appear to push investment boundaries but are not already discounted in market prices, according to Ingo Walter, head of SimCorp StrategyLab.

“We know that new ideas and developments in global markets often do not fit neatly into well-defined asset classes,” Walter told Markets Media. “The key is to operationalize this fact, which has been AIMCo’s objective.”

“We sought to address the problem by focusing on the business of data management,” Baker said, “This included the creation of new security master data, as well as, transactions. Both were enriched, and verified through each step of the process to ensure correctness before proceeding further.”

“AIMCo needed better data, processes and systems to be able to deliver better risk-weighted returns,” Guimaraes said, “This was the fundamental belief that launched AIMCo Innovations. We took the hard route. We wanted to solve an industry problem of improving data quality and being data centric at heart.”

AIMCo Innovations has allowed AIMCo to move away from time-sensitive systems.

“Timing was crucial in the Old World,” said Baker. “We had to take snapshots from our legacy system at the right point in time, or the data was gone; a significant operational risk. AIMCo Innovations allowed us to have full access to historic data, in addition to full audit trail possibilities to prevent fraud.”

Accounting, for example, had three separate frameworks, hampering efforts to balance ledgers or set up timely transactions. “We created the foundation that integrates systems and enables data to flow efficiently,” Baker said. “In the end, we supported bringing in flexible systems with improved control and governance over investment and accounting data.”

Prior to AIMCo Innovations, AIMCo outsourced the fund accounting and performance of a number of funds to its custodian, based on system limitations.

“This was done at a higher cost, and also had the impact that client reporting and consolidated accounting was a highly manual process, with inherent operational risk,” Baker said. “Implementing SimCorp Dimension enabled AIMCo to in-source the fund accounting of all funds, reducing operational risk and the associated direct costs.”