Tim Lang isn’t one to sit on his laurels when it comes to his algorithmic offerings.

The Chief Executive Officer of the Red Bank, N.J.-based technology firm has been busy redesigning and building his algorithmic trading suite to better serve his clients. The all-new suite of trading strategies can be best described as Liquidity Seeker, Dark and Auto AP. 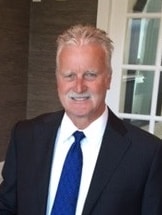 “So, we’ve rolled this new suite out to the buy side and the sell side,” Lang told Traders Magazine in an interview. “These are new dark strategies, new liquidity making strategies, and a new arrival price strategy.”

Lang added that these are multi-level strategies, in other words, each strategy may have two, three, four algorithms incorporated in them, and they react to price shifts real-time.

The suite’s Liquidity Seeker and Auto AP strategies have 6 sub settings while Dark has five levels from which to select. The numerical settings in each are designed to increase aggressiveness levels of the strategy. Each of the three categories also include “custom” tags that allow clients to run specifically designed strategies.

For example, the first level in Liquidity Seeker allows a trader to select the algo to operate as a passive peg only with a maximum display size. If a trader selected Level 5, the algo would aggressively attempt to complete the order in dark and lit venues. Furthermore, it would cross spread and peg if needed. The maximum display size is pre-set or set by the trader.

Dark operates only in dark venues and allows a trader five distinct yet progressive settings. It starts at Level 1 as a passive peg only. Moving through the settings higher a trader can set the algo to operate and peg and participate at the midpoint with minimal market impact (Level 3) and eventually aggressively attempt to complete order in the dark by crossing the spread and peg, if needed (Level 5).

Lang, a technologist at heart, said that the development and testing period for these algos was approximately six months, and then the roll out for each of the individual buy-side OMS’s took an additional six to nine months. The suite is officially up and running with users now.

“I think these algorithms will hold us up for the next five years or so,” he said, “even though we’ll still do customized work.”