Often seen as the latest tool for active money managers, alternative data looks to become a necessary tool for passive investors in the next few years as index providers discuss incorporating it into future index products.

“We have been discussing this with the three leading index providers for more than a year, and two of the three are on their way,” Zak Selbert, CEO of Indexica told Markets Media.

The index market has evolved in the past several years with the introduction of thematic and factor-based indices, but they have not dipped their toes into alternative data. 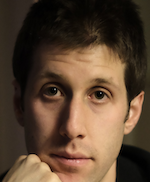 There are hedge funds that use the proprietary metrics that Indexica provides, such as Severity, Opportunity, Complexity, and Futurity, to detect trading signals and help construct portfolios, according to Selbert. “It’s a lot of measurement data of what is happening around the world as measured and narrated through textual analysis.”

The five-year old vendor’s most popular metric, Futurity, analyzes and assigns a score regarding how much a company is referred to in the past and future tenses.

Indexica found that if it ranked the constituents of the S&P 500 by their futurity score that the top decile has had between a 60% and 70% return over the past three years while the lowest decile had a 20% return over the same period.

“The big revolution from index companies has been to create thematic indexes,” he said. “Picking stocks that are in the robotics industry or the cannabis industry, and they are using alternative methods to do this.”

Indexica has monitored and analyzed the movements of the Cboe Global Markets’ Volatility Index for dozens of its clients and found that political issues were the most significant drivers of the index.

“The buzz sentiment for ‘House Judiciary Committee,’ and ‘cryptocurrencies,’ as well as the volume of ‘Donald Trump’ references, made up approximately 70% of what drove volatility in the last month,” said Selbert. “However, this could be different a month from now.”

Indexica has decided not to roll their own indices based on their metrics and plans to pursue partnerships with various index providers.

“We’ve thought about making indices, but that would mean going into a completely different business,” he said.” We would have to learn about corporate actions and too many other things that are away from our core competencies.”