It is now a generally accepted premise that alternative data works on Wall Street. Indeed, portfolio managers and analysts use it to make better trading and investing decisions every day.

But the route from Point A (not using alt data) to Point B (fully implemented) can be a daunting one for asset managers and large financial institutions. Hurdles include a large universe of disparate data, potentially complex integration with existing systems and feeds, and an uncertain uptake timeline.

So rather than rolling out another alt data set, technology and information providers see an opportunity to optimize the logistics around alt data. FactSet, for one, enables users to try an array of alt data before buying, cutting through the need for cumbersome one-off testings. 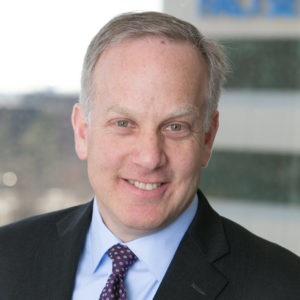 “It used to take six months before a client was ready to do a trial,” said Rich Newman, Global Head of the Content and Technology Solutions at FactSet. “Now within hours, they can try not only the initial concept they’re thinking of, but all of our content and all of our alternative data partner content.”

Alt data is well beyond critical mass in terms of institutional acceptance. About seven of ten asset asset managers believe that using alternative data gives them an investing edge over competitors, and corporate budgets for the information increased 52% in the past year, according to a Greenwich Associates report released in May.

Alt data’s splashiest hits are in foreshadowing moves of a single stock — for example, Amazon’s June 2017 announced buyout of Whole Foods was preceded by corporate flights between Seattle and Austin, Texas, and WFM soared nearly 30% on the news. But alt data’s core, day-to-day utility is about being woven into a broader decision-making framework.

“A common misunderstanding about alt data is that it’s siloed. But you’re not just going to look at credit card, or sentiment, or satellite data by itself,” Newman said. “The key is linking that data to other data sets. No matter how exciting a new data set of foot traffic is, ultimately you still have to link that to your fundamentals, your estimates, and your pricing data.”

There’s a lot of runway for tech providers working in the alt-data space. About half of investment managers are currently using alternative data, and half of the non-users plan to start using within the next year, according to the Greenwich report.  It’s rarely a DIY project: 83% of alt-data buyers say they need help from their vendors to get up and running. 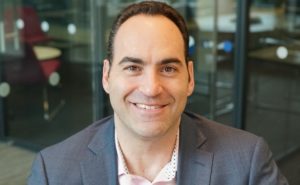 “Both are cloud-based platforms that scale virtually infinitely and give you native tools that allow access to large quantities of data,” said Andrew Eisen, Head of Enterprise Data Management and Cloud Strategy at IHS Markit. “That’s an ubiquitous standard today for how you manipulate and manage big data for data science, data modeling or quant analysis. Off of that we are building tools to help our clients understand the content we carry, in step with their own data, and accelerate their time to value that insight.”

A focus of IHS Markit is identifying patterns and relationships in data “that go well beyond a basic understanding of Stats 101 or Quant Finance 101,” Eisen said.

To illustrate the utility of Data Exploration, FactSet’s Newman drew a hypothetical example of an asset manager looking to screen potential investments for environmental, social and governance factors.

“You want to evaluate and test it, but there might be 30 or 40 ESG providers, and you don’t know where to start,” he said. “That’s the idea behind Data Exploration.”

FactSet Data Exploration launched in July 2018, and Newman has since observed that “the alt data revolution is real, but it’s not as far along as I had anticipated,” he said. “Some firms are using it and a lot of firms are talking about using it, but overall it’s still in the early stages. Which is why I think evaluation is so important.”