Fusco told Markets Media that the growth of the pre-IPO private stock market has been explosive but transparency has not increased. 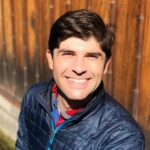 “This was really the last frontier where there is a lot of activity but no transparent independent daily pricing source,” he said. “We launched ApeVue to change this market because we feel there is a huge need.”

ApeVue provides daily prices for approximately 100 non-public companies such as SpaceX, Impossible Foods and Epic Games. Fusco said there are about 900 unicorns in the US, and Apevue aims to cover as many as possible. Prior to ApeVue, Fusco worked at data provider IHS Markit.

Glen Anderson, managing partner at Rainmaker Securities LLC, said in a statement: “Increasing transparency, the availability of timely data and improving infrastructure are signs of a maturing market, which is good for asset managers and the growth of the private company market.”

Many asset managers cannot buy private stocks due to the lack of price transparency between financial disclosures or funding rounds which creates hurdles for net asset value calculations, risk reporting and other governance requirements.

As funding rounds are infrequent, Fusco explained that ApeVue collects pricing data from transactional brokers who are active in institutional-sized deals in the pre-IPO share market.

“They are providing prices from actual transactions rather than estimates,” Fusco added. “We think that is the truest reflection of where willing buyers and sellers are mutually agreeing on prices so the quality is high.”

If there is a substantial period of time without any trading activity, ApeVue will not produce a price but the customer receives the last price published and a reference date.

Fusco continued that a daily pricing service allows asset managers to enter the private markets more easily and invest directly in the space.

“We see that universe as quite large,” he added. “Our broker partners are most excited about bringing new funds to the space directly and that is part of our growth strategy.”

ApeVue launched in January 2022 and Fusco said the firm has a pipeline as it aims to attract the buy side including insurance companies, large asset managers and hedge funds. In addition, the service could be used by administrators as an input to their valuation.

The firm currently provides data such as daily pricing, pricing history and unique company via an API or secure file transfer. In March 2022 ApeVue will launch a user interface to allow users to compare names.

“We aim to have benchmarks and sector analysis, likely by the middle of this year,” said Fusco.

A study by State Street published in December 2021 found that demand for private markets investments is expected to rise in the next three to five years as investors seek higher yields and greater diversification.

In the sample of 170 private market asset managers and asset owners, 40% identified private markets as an attractive and/or stable source of yield. However, 68% of asset owners wanted a higher quality data provisioning service.

Private company stocks outperformed public equities by 107% in 2021 according to research by ApeVue, although private companies have started flat in 2022.

ApeVue said in a statement: “The 50 most active private companies in the institutional market, including well known unicorns like SpaceX, Impossible Foods and Epic Games, and less visible, but significant companies like Stripe, Chime and Discord, returned 133.91% for investors in 2021.”

The fintech components of the ApeVue basket returned 178.7% in 2021, compared to the 15.41% gain for the MSCI World Select Top 30 Fintech Innovation Index.

Fusco said in a statement: “While asset managers might intuit that private markets outperformed public ones, we now have the data to more accurately understand the trends on a company by company, day by day basis.”