Alasdair Haynes, chief executive of Aquis Exchange, fulfilled a dream when he floated the pan-European exchange in June. Last month the subscription-based venue achieved a market share of more than 3%, ahead of the year-end prediction made during the initial public offering.

Aquis Exchange was launched nearly five years ago in November 2013 to introduce a subscription pricing model based on message count, instead of a commission on the value traded. The highest subscription tier allows unlimited trading.

Haynes told Markets Markets media that Aquis had floated for three reasons – to heighten its profile, to raise finance and to involve more institutions.

“It is not a coincidence that we reached 3% market share after the IPO,” he added. “It has been our target since day one and is a significant breakthrough, both psychologically and statistically, and means we are trading more than €1bn ($1.2bn) a day.”

Aquis Exchange said it achieved a record market share of 3.17% for continuous trading last month, up from 2.66% in July. The value of shares traded was 13% higher than the €19.2bn in July.

“Our share shows the value of low toxicity,” said Haynes. “We have banned a group of people who play more significantly in other markets so our share is actually higher.”

The exchange does not allow aggressive, non-client, proprietary trading in its lit order book which it claims results in lower market impact than on other lit markets, better prices and more tradable liquidity.

Tim Cave, an analyst at consultancy Tabb Group, said in a report this month: “Many brokers say they experience low levels of market impact on Aquis compared to other venues.”

The next phase is for Aquis to reach 5% market share and to become profitable by the end of next year. Haynes continued that more banks need to supply liquidity as well as taking liquidity.

“We will not offer incentives but we need to explain the value of trading at bid in a less toxic pool, versus receiving the midprice in a more toxic dark pool,” he said.

One problem cited by Haynes is the maker-taker model, where other exchanges and venues offer rebates by paying brokers to provide prices. Haynes is hopeful that the stronger best execution requirement in MiFID II, the regulations that went live in the European Union at the start of this year, and increased transparency will over time lead to pressure from the buy side for their brokers to use Aquis.

“The subscription model is better for the end-investor,” said Haynes. “It will take a long time to see the full impact of MiFID II but we raised £12m in the IPO so we have a long runway.”

He added that the implementation of MiFID II could have been better as the size of the regulation, covering many new asset classes, made the process more difficult. 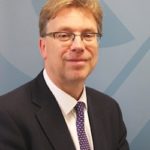 “There are too many vested interests trying to circumvent the rules,” said Haynes. “However, these issues will be ironed out and the regulators will achieve their objective of increasing transparency over time.”

European regulators wanted MiFID II to shift volumes from over-the-counter to lit markets. As a result they introduced double volume caps on trading in dark pools and also banned broker crossing networks. Instead, firms have to set up systematic internalisers in order to provide risk capital that facilitates trades, which brings regulatory obligations such as trade reporting. However, the market share of overall lit markets has remained at 46% and not changed.

The Autorité des Marchés Financier, the French financial regulator, said in a report last month that MiFID II’s objective of increased transparency is unlikely to be met due to the increased use of systematic internalisers and periodic auctions.

The European Securities and Markets Authority updated its public register with the latest double volume cap data this month and a total of 674 instruments were suspended as at 7 September for six months. However, the cap is calculated on the rolling average of trading in an instrument over the last 12 months, so once the suspension is lifted more dark trading can take place in those stocks.

Haynes said: “The dark share of the overall market was higher than ever last week which is extraordinary.”

Fidessa said in its latest Top of the Blocks update for the week ended 14 September that block trading versus dark share dropped below 40% for the first time since April.

Aquis introduced a periodic auction in May this year, later than other venues. However the exchange launched a Market at Close order-type in 2015 to allow firms to execute at the closing price without paying the premium fees.

“We introduced MaC too early but the interest in the last few weeks has been extraordinary,” said Haynes.

Cave said in a report in July that MiFID II has led to a steady rise of trading at the close.

“Closing auctions have become increasingly popular in recent years – both in Europe and the US – as the growth in passive investment strategies has encouraged more trading at the end of the day when benchmark prices are set,” added Cave. “Closing auctions now account for nearly one-fifth of trading in European equities on a daily basis.”

In addition to planning for market changes under MiFID II, Aquis has to prepare for the UK leaving the European Union.

This month Aquis said it will be launching a venue in Paris after Brexit.

New office! We have chosen Paris as our post-Brexit EU-27 location – https://t.co/NmRWhMBVl8 pic.twitter.com/xsqIKBDt9g

Haynes added: “Paris is a very sensible for location for us in terms of cost and efficiency, and we also have a number of French clients.”

Another priority for Aquis is the growth of its technology business.

This month Aquis Technologies was chosen by Archax, the institutional-grade crypto and security token exchange which is due to launch in the first half of next year. Archax will use Aquis’ high speed, high capacity matching engine, surveillance tools and post-trade systems. 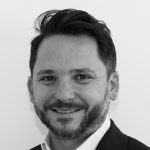 Graham Rodford, chief executive of Archax, said in a statement: “The fact that so many market participants are already familiar with Aquis’ technology was a key factor in us selecting them. We believe that using a regulated MTF operator to run our core matching engine, as well as leveraging Aquis’ market surveillance team, will also fast track our time to market.”

The Estates and Infrastructure Exchange has also chosen Aquis technology as it aims to launch. EIX wants to become the world’s first infrastructure trading platform to find capital for thousands of globally unfunded projects through allowing professional investors to trade infrastructure bonds on a risk-adjusted basis.

Another technology initiative was the launch of connectivity hub Aquis Market Gateway at the beginning of this year. The hub is designed to enable systematic internalisers and counterparties to connect bilaterally through an API to meet the access requirements under MiFID II. SIs can send data and trades to designated counterparties, who can each customise what they receive.

“There is a great number of people who have shown interest,” said Haynes. “We have 10/12 clients on each side as it moves closer to reaching critical mass.”

The hub currently connects to equity SIs but could easily be adapted to transmit messages to and from fixed income SIs.

“This is a function of more electronic liquidity provider SIs going live, but also differences in the way brokers are accessing them,” Cave added. “Not only does it pit liquidity providers against one another, it is also a key aspect of the competitive offering from banks and brokers.”

Some banks have directly connected to all electronic liquidity provider SIs; some have a few direct connections and then use market gateways, such as from Aquis Exchange and Cboe Europe; while others do not use them at all.

Haynes said: “Our technology sales are in their infancy and that is a priority. We also want to continue to grow market share and become an influencer in the conversation, rather than policy makers just turning to the incumbents such as LSE Group and Cboe Europe.”