Is the Proof of Work (PoW) algorithm be used long-term by Bitcoin and other cryptocurrencies?

Algos are a good thing and help markets become more efficient, don’t they?

Not necessarily, according to the Bank of International Settlements. In a recent white paper, the organization noted that PoW algorithms might not be the best way long-term to trade cryptocurrencies. The paper focused on how Bitcoin and related cryptocurrencies verify that payments are final, ie irreversible once written into the blockchain. It examines the high costs of achieving such finality via PoW.

Much of the allure surrounding cryptocurrencies stems from the fact that no government is needed to issue them. And they can be held and traded without a bank account. Instead, they are exchanged via simple technical protocols for communication between participants, as well as a publicly shared ledger of transactions (the “blockchain”) that is updated by a decentralized network of “miners” via costly computations, ie “proof-of-work”. 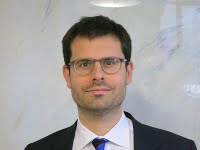 According to BIS and after surveying the market for transactions and the way fees are determined, the paper finds that the liquidity of cryptocurrencies is set to shrink. In this light, the paper then asks how technical progress might raise the efficiency of Bitcoin-type payments.

“So-called second-layer solutions such as the Lightning Network could help,” author and BIS Principal Economist Raphael Auer wrote. “Or methods other than proof-of-work could be used to achieve payment finality. But these might require coordination mechanisms, implying support from a central institution. Thus, the current technology seems unlikely to replace the current monetary and financial infrastructure. Instead, the question is rather how the technology might complement existing arrangements.”