As the post-MAT [made available to trade] hits the two-month mark, SEF operators expect to see additional products ‘MAT-ted’, including packaged trades, for which the Commodity Futures Trading Commission has set a May 15 deadline.

“The number of MAT products to date isn’t as broad as it needs to be, which is why we’re looking at May 15 as another catalyst for increase in reported volumes on SEFs,” said Chris Amen, head of U. S. institutional rates markets at Tradeweb. “It has been somewhat of a continuous conversation with clients, mostly around onboarding and workflow integration, which has been fairly flawless for the TW SEF.” 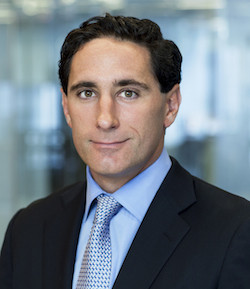 The numbers are adding up, but it’s still the very early days in a business that presumably will be around for years or decades. “We’re certainly mindful of the reported SEF volumes, but we don’t think that reflects the overall derivatives activity that will manifest itself on SEFs in the coming months and years,” Amen said. “Following May 15, the CFTC will continue to publish other dates when other instruments and packages will be made available to trade.”

In addition to its D2C SEF, Tradeweb operates DW SEF, in the interdealer segment. “Put simply, TW SEF is a fully disclosed marketplace, and DW SEF is an anonymous central limit order book,” said Amen. “The TW SEF marketplace is, at its core, an RFQ marketplace. We’ve added other types of trading protocols, click to trade, streams, RFM [request for market], but it’s really about a fully disclosed marketplace where clients can transact instantaneously with counterparties they choose. DW SEF is a fully anonymous central limit order book that serves a number of participants.”

In the interdealer segment, Tradition, ICAP and Tullett Prebon are bunched together tightly in terms of volumes.

“Naturally there’s segmentation. Tradeweb and Bloomberg are really and have traditionally been dealer to customer platforms, while in the interdealer space you have Tullett Prebon and the other members of the WMBAA,” said Shawn Bernardo, head of Tullett Prebon’s SEF. “So, at times could you see those lines cross? I think you could. I think there are customers who may come directly to the SEFs, but I don’t think that there’s as large a demand for direct connectivity from those customers to the SEF at this point.”

All this has had an impact around overall infrastructures being in place, both from the dealing community being able to price packages, to asset managers being comfortable with the workflow to support swaps trading activity electronically.

“We are maximizing the optionality that we provide clients, whether that be flexible trading protocols, compression tools, bunched order workflow or even supporting other products that people are looking at, such as MAC swaps,” Amen said.

There’s a cost associated with starting a new business, and a SEF can be viewed as a new business, Bernardo said. “Regulations have forced a certain amount of investment for technology, and technology does not come cheaply. Single product SEFs will probably struggle a great deal, if not go out of business, because there really is not that much liquidity to go around.”

Record keeping is an issue that the buy side has elevated to the CFTC in terms of incremental costs that they’re going to incur as a result of the SEF mandate. “Most institutions are getting more comfortable dealing with the recordkeeping requirements, but there are some asset managers that are evaluating agency access as an alternative versus being a direct member of a SEF,” Amen said. “There’s a segment in the marketplace that will be more active on SEFs in the future, but they’ll probably be active via agency access intercepts because they don’t want to face the recordkeeping obligations.”