Market participants are warning that regulations such as MiFID II could usher the vast bulk of high-frequency trading volumes out of Europe and into venues in Asia built specifically to accommodate this HFT flow.

Although MiFID II, which promises sweeping reforms to Europe’s capital markets, has still to be signed off by Brussels, the fallout could be huge for HFT in particular which could see new measures adopted such as 500 millisecond minimum resting times for orders, order-to-trade ratios, ‘circuit breakers’ to suspend trading on exchanges if necessary and order cancellation charges. The measures, if enacted, could seriously impede many HFT strategies. 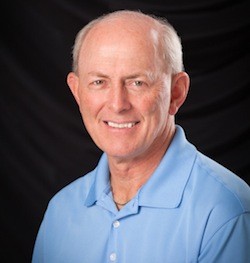 “We are not 100% sure it’s not the result of the looming dark cloud called MiFID II. There is an indication, even from regulators, that MiFID II will have a huge impact on European trading volumes.

“HFT drives a lot of volume. And with these artificial constraints that could be put in under MiFID II, HFT doesn’t have to move anywhere to trade somewhere else. They have smart order routers and with a little bit of a tweak they route somewhere else.”

Keene believes that Asian exchanges, such as those in Singapore, Malaysia, South Korea, China and Indonesia, are expecting a huge influx of HFT volumes once MiFID II kicks in as high-speed trading strategies will be blunted in Europe, forcing HFT firms to relocate to less regulated and less developed jurisdictions.

“The activity we are seeing around the globe in exchanges is rather shocking,” said Keene. “There are dozens of huge investments—tens of millions of dollars—in places that could do their current volume on the back of a napkin. What are they seeing? We got a request from an exchange to come in and do some design work because they want to be the fastest exchange on the planet and want to do thousands of trades per second per instrument—but they only have a few instruments right now and are doing next to no trading.

“There are a lot of opportunities for exchanges, including the new OTC derivatives rules [that may see a lot of OTC volume move on to exchanges], but there is definitely not enough trading volume to support all of these new exchanges. So why are they making these investments? They see trading coming from somewhere and I am not so sure they aren’t gearing up for the fallout of MiFID II. They are expecting something and they are not dumb guys and have done a lot of research.”

The barriers that the European Union are threatening to put in place for HFT firms in MiFID II could deal a devastating blow to liquidity in the region.

“The funny thing is in the electronic world we can be anywhere at any time all the time,” said Keene. “The minute you put up a barrier they will either go over it, around it or they will go somewhere else. The reason these guys are HFTs is they are risk takers and they love the game—and they won’t hesitate to move because of MiFID II. It is like the European financial transaction tax, it will mean you will just trade in different places.”

All of this impending regulation in Europe, as well as a feeling that the region’s equity markets have failed due to lower volumes, is leaving the exchange space in something of a state of flux, and the growing powerhouse of Asia may well look to usurp Europe going forward.

“In the next five years, the increase of the middle class in China and India will be bigger than the whole population of Europe,” Hans-Ole Jochumsen, chief executive of exchange operator Nasdaq OMX Nordic, told the joint World Exchange Congress and High Frequency Trading World Europe 2013 conferences held at the Guoman Tower Hotel in London earlier this week.

“I just wanted to throw that data point out there. Europeans need to think about this. On top of all of this, Europe is obviously in a crisis situation. Europe needs needs functioning exchange markets more than ever.”