Rising demand for trading execution and services has prompted Singapore Exchange to open offices in Hong Kong and India, as well as add staff to existing offices in London and Tokyo.

“There is a lot of interest to come to Singapore, not just from Asia but also from Europe and the U.S.,” Bocker said at the Futures Industry Association conference in Boca Raton, Florida.

Whereas SGX historically had practiced “suitcase sales” by traveling to develop business, Bocker said that model is no longer sufficient. “We are opening quite a few distribution hubs,” he said. 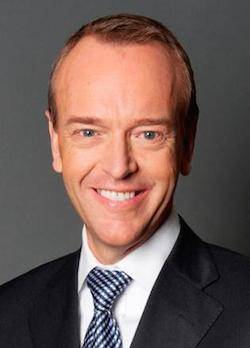 Bocker noted that one tailwind for market activity, both globally and in Asia specifically, is the perception that many new regulations aren’t as onerous as feared when they were unveiled a few years ago. “When we see they are coming toward implementation, they appear more reasonable, if not even logical,” Bocker said.

SGX trading volume increased 40% in 2013, and the exchange operator has ongoing initiatives to maintain momentum, Bocker said. He said Singapore is emerging as “the London of Asia” as a financial center.

Singapore Exchange (SGX) and Dalian Commodity Exchange (DCE) have signed a memorandum of understanding (MOU) to collaborate on efforts to promote greater understanding and explore initiatives in the development of commodities markets in both China and Singapore. The two exchanges inked the MOU in Singapore on March 7, 2014.

The MOU will jointly explore areas of cooperation including development of new commodity derivative products, joint commodity-related events, information sharing, training, member and investor education in each other’s markets. Through the MOU, DCE and SGX aim to strengthen understanding and promote bilateral partnership.

“We are excited to partner Dalian Commodity Exchange in efforts to enhance the commodity offerings and infrastructure in Asia, particularly in the iron and steel industry,” Bocker said in a statement. “By synchronizing our strengths, international customers can tap on the unique advantages and opportunities in China and the surrounding growth economies. This MOU supports our commitment in serving the needs of Asia as their preferred price discovery center and gateway for commodities.

“Both our markets complement each other and there are ongoing basis for further cooperation,” said Liu Xinqiang, chairman of Dalian Commodity Exchange. “This MOU with SGX will further consolidate and expand our ties with Asian derivatives markets, and promote DCE’s business innovation and international development. This partnership is an opportunity for us to contribute to the development and prosperity of Asia and the global derivatives market and better serve the real economy.”