It is commonly perceived that technological disruption in a given industry displaces human workers. Machine replaces man, end of story.

The reality is not that simple, or gloomy. Technology can completely remake how business is done — eliminating certain job functions in the process — but it presents an opportunity as well. A person who learns how the machine works can use that to his or her advantage in a world where man + machine will always be more valuable than technology alone.

The market initially moved electronic to enable faster and more efficient buying and selling, noted Ray Ross, Chief Technology Officer at Clearpool Group. That evolution was a clear success in drumming out manual processes, but the resulting landscape has brought issues such as complexity and fragmentation that have yet to be fully resolved. 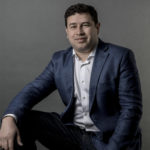 “As things broke apart and started trading faster and faster, the next problem is ensuring that everyone’s best execution is kept where it needs to be,” Ross said. “Applying technology to solve that problem is the next wave, and then something else will come after that.”

By way of comparison, Ross likened the evolution of the equity sales trader to that of the traditional media buyer.

“With the growth of digital publishing and the digitization of television, the fragmentation of media venues meant that there were just too many media placements for one person to understand,” Ross said. “Technology helped aggregate media properties utilizing audience attribution and other data points, which then allowed the media buyer to better understand where best to place media. They became more of a media consultant for their clients, just as sales traders are becoming execution consultants.”

It was predicted that technology would displace both roles. Instead, rather than disappear, sales traders who have adapted to technological evolution and different ways of doing things are more valuable than ever.

While U.S. equity trading is substantially all electronic, “you still need humans to analyze the output and manage the machines,” Ross said. “Where maybe a trading desk had 300 people working orders directly — picking up the phone and talking to people down on the floor — now you’re able to use machines to see and manage it all electronically. The technology empowers you to have control over the process, and to overlay human intelligence onto machines.”

The rise of algorithms over the past couple decades was a key development in equity trading, as was Regulation National Market System, the 2005 ruleset that opened up competition between marketplaces and made differentiating technology more valuable. In 2018, artificial intelligence stands as the next potentially transformative agent for human traders to harness.

“There is an element of fear, because there are fewer people in the markets,” said Brad Bailey, Capital Markets Research Director at Celent. “But I see this more as man partnering with machine, like the rise of the cyborg.”

While it is unknown precisely how equities trading will evolve, it is certain that it will evolve. Tomorrow’s new functionality sets the stage for the next day’s refinement, in a continuous cycle.

Said Clearpool’s Ross: “That’s the challenge, and the beauty, of technology.”