Capital markets firms are refining the way they price and manage interest rate risk in the post-crisis regulatory environment.

“Following the credit crisis, interest modelling has undergone nothing short of a revolution,” said Rohan Douglas, chief executive of Quantifi, a provider of risk analytics. 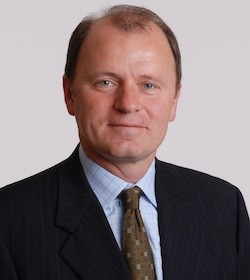 New regulations in the form of Basel III, the Dodd-Frank Act in the U.S. and Emir in Europe have dramatically increased capital requirements for counterparty credit risk.

One of the drivers for credit valuation adjustment (CVA) desks was the need to reduce credit risk—by freeing capacity and releasing reserves—so banks could do more business.

“Given the complexity of CVA pricing and hedging, these responsibilities have increasingly been consolidated within specialized CVA desks,” said Douglas. “Now, with the increased capital charges for counterparty default risk under Basel III and the new CVA VaR [value at risk] charges, there is even more incentive to implement CVA desks.”

During the credit crisis, credit and liquidity issues drove apart previously closely related rates. For example, the three-month versus the six-month Euribor basis swap spreads, which had traditionally traded with only tiny differentials, dramatically increased and the spreads between Euribor and Eonia overnight index swaps—the two eurozone benchmarks—diverged. In addition, the effect of counterparty credit on valuation and risk management dramatically increased.

In the interbank market, legislation such as the Dodd-Frank Act and Emir mandates central clearing and collateral as the principal means for managing counterparty risk.

In the corporate derivatives market, however, un-collateralized exposure is far more prevalent, and banks compete aggressively on CVA pricing; a CVA is the monetized value of the risk of default by either counterparty to a transaction.

The need to calculate CVA and exposure metrics on a portfolio adds substantial analytical and technological challenges. Hence, the move to central clearing promises to alleviate the headaches associated with CVA.

“Regulators are asking more of the banks, so much more that this is now a new risk,” said Thierry Truche, head of product management at software firm Misys’ global risk division.

“Central risk management groups need the appropriate tool to collaborate more efficiently with regulators and business-trading desks, or CVA desks. That’s the reason why in Misys we have invested a lot in providing a risk control tower called ‘The Hub’ so that anybody in the bank can understand the risks.”

“Multiple curve environments have become the market standard,” said Arne Løftingsmo, portfolio manager at KLP Asset Management, in a statement. “Pricing must be accurate and performance for calculating sensitivities should be fast.”

The credit crisis has had a significant impact on the interest rates market. A large part of this is related to the increased importance of credit and liquidity risk along with structural changes such as an increased use of collateral agreements.

These changes have driven a profound shift in the way all OTC products are valued and risk managed.

“The result has been an abandonment of the classic derivatives pricing framework based on single interest rate curves and the introduction of a new approach that takes into account current interest rate dynamics and market segmentation using multiple curves,” said Douglas at Quantifi.