The buy side has been increasingly turning to automated execution in fixed income as shown by an increase in volumes for Tradeweb’s automated intelligence execution tool last month and MTS Markets launching new automation tools.

Tradeweb said in its latest monthly activity report that AiEX (Automated Intelligent Execution) accounted for a meaningful percentage of activity in the institutional markets for US treasuries, European government bonds, US high-grade, European credit, and US and European exchange-traded funds.

“The adoption of automated trading is most pronounced in the ETF market, where 40% of total tickets processed in September were executed via the AiEX tool,” added Tradeweb. 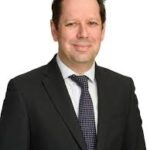 Charlie Campbell-Johnston, head of integration and workflow solutions at Tradeweb, told Markets Media that in addition to the ETF volumes, one quarter of cash bond trades on the electronic trading platform are executed via AiEX. He said: “We look at automation for every asset that we support and nothing is off the table.”

Campbell-Johnston said Tradeweb launched automated execution years ago but there has been a marked increase in readiness to embrace the tool.

“The testing phase has well and truly finished, and we are now firmly in the growth phase,” he added. “Those clients that we were speaking to in 2017 hit the button in 2018 after MiFID II went live.”

MiFID II, the regulations covering European Union financial markets came into force at the start of this year, and extended the best execution requirements from equities into a range of asset classes, including fixed income. Automating execution provides an audit trail which helps provide supporting evidence for the reasons behind a trade.

The number of clients using AiEX has increased globally, and a typical client is now across five different asset classes, which was not the case a year ago.

“On a roadshow in Asia in April I was pleasantly surprised by the willingness to embrace automation,” said Campbell-Johnston. “It is not just the international houses but also houses who, for example, want to be able to trade treasuries in New York time. The pipeline is incredibly robust.”

He continued that the sell side is auto quoting for more bonds in larger sizes, but the buy side is also increasingly automating orders that are not auto quoted. Campbell-Johnston said Tradeweb’s top 30 clients by number of trades are either using  AiEX or are onboarding.

“They could be real money asset managers with lots of small tickets; retail aggregators; ETF desks or derivatives traders who are taking advantage of faster access to liquidity by eliminating manual processes,” he added. “New trading styles have been created that did not previously exist.” 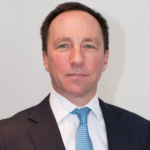 Frank Cerveny, global head of sales at MTS, told Markets Media that the platform is providing additional tools to the buy side to make their workflow more efficient through a more intuitive user interface. The rules-based engine also removes the need for numerous clicks to execute a trade.

Cerveny said: “Traders can set the eligibility criteria for trades to be auto executed, select dealers and set execution criteria. If market conditions change, traders can change the execution rules in real-time.”

Paul O’Brien, senior product manager at MTS Markets, told Markets Media that the request-for-quote process is being fully automated so buy-side traders can confidently execute hundreds of RFQs in a matter of seconds.

O’Brien said: “Best execution is critical, and traders can tailor their automation strategy to ensure they only ever execute at a price they are comfortable with. For example, by using, among other things – the MTS Composite or the MTS Interdealer Market as a reference point for execution.”

Cerveny added that fixed income is in the early stages of auto execution but is moving very quickly – and an increase in volume of large electronic blocks is inevitable.

“As the buy side gets more comfortable with auto execution, their level of control and increased transparency, then sizes will increase,” said Cerveny.

He continued that a significant proportion of the flow is already algo or rules-based on BondsPro. 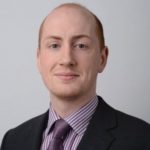 O’Brien said: “Based on the conversations we’ve had with medium and large-sized asset managers, three out of four are either already using or thinking about using an auto-execution tool as part of their trading strategy for not only their government bonds, but for their corporate bonds too.”

Effective deployment of technology is increasingly the only way for dealing desks to remain profitable according to a report from Greenwich Associates this week. In the study, Technology Opening Doors For Fixed-Income Dealers, the consultancy added that while relationships and trust still matter for fixed-income dealers, the application of the right cutting-edge technology is necessary to establish a true competitive advantage.

Kevin McPartland, head of research for market structure and technology at Greenwich Associates, said in the report that investors have now become more willing to work with smaller counterparties who can consistently show them quality prices.

“Those investors also have much better analytics today that help them unearth the liquidity providers that have served them well in the past, encouraging them to do more with them in the future,” added McPartland.

He continued that auto-quoting is one of the areas that is having the biggest real impact on growing market share, especially as relatively small and relatively liquid orders lend themselves to automation.

“And given the shrinking size of most fixed-income trading desks and the number of requests on any given day easily topping 10,000, automating the response to these orders that pose limited risk (and often limited profit potential) only makes sense,” McPartland added. “This goes back to the broader theme of leaving the high-priced talent to spend time with big clients on big, complex and hopefully more profitable orders.”