Automated Credit Trading on the Rise

Gareth Coltman, head of European product management at MarketAxess, said automated trading in credit markets is set to grow rapidly over the next 12 to 18 months.

Coltman told Markets Media that auto execution has been in the rates markets for some time but is now growing in credit.

“A surprisingly large number of clients are looking at how to integrate automation in their workflow,” he added. “Volumes in Europe are current small but will grow rapidly over the next 12 to 18 months.”

“Our research team has been working on transaction cost analysis  and allowed us to create a composition benchmark for execution,” added Coltman. “Clients can compare execution against our benchmark and also against the wider market on the platform.”

He continued that banks have been responding to requests for prices on an automated basis for a number of years but they were managed by a human trader. The banks had systems where prices would be sent out if traders did not intervene in a certain period of time to reduce missed opportunities.

However, the sell side has been developing systems which consume data and make decisions without the intervention of human traders, especially for smaller trades in more liquid instruments.

“This has been a growing trend, especially since MiFID II,” he added. “This is a welcome change as traders can focus on actively providing liquidity that clients need.” 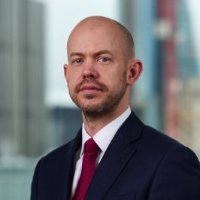 “We are also focussing on pre-trade analytics, such as data on dealer axes and Open Trading axes, and we have integrated our APA data into Axess All,” said Coltman.

Axess All is an intra-day trade tape for European fixed income markets, providing aggregated volume and pricing for the most actively traded instruments.

The buy side is also investing in technology as it faces cost pressures, especially those firms with large passive mandates. Like the sell side, fund managers want to automate smaller orders and allow their human traders to focus on larger trades.

“We have been providing automation to the buy side for about five years where firms have been using limit orders,” said Coltman. “The big shift is automation of request for quotes for price discovery which is why we developed CP+ (Composite Plus).”

CP+ is MarketAxess’ proprietary algorithmic pricing engine for corporate bonds. The engine is updated every 15 to 60 seconds, depending on the liquidity of the instrument, and generates nearly 20 million levels per day covering 90-95% of trading activity in its markets.

Coltman explained that CP+ uses machine learning to provide an indication of where a bond might trade next.

“We are at the beginning of the process of learning how artificial intelligence can be incorporated into pricing engines and even pre-trade,” he added. “For example, AI could indicate the likelihood of a large block being executed, and this data could be fed up to the portfolio managers.”

MarketAxess has also rolled out a ‘Like Bonds’ tool which uses data to enable and empower deals by identifying similar instruments that the investor could trade.

Sandy White, head of emerging markets product management at MarketAxess, said in a statement: “Even with the backdrop of a turbulent emerging markets landscape, both investors and dealers are increasingly utilizing our trading technology to more efficiently tap into the fixed income market.”

Coltman continued that emerging markets are a new frontier for electronification and at the rapid growth stage of adoption.

“We have invested in engaging players in local markets and rolling out Open Trading and CP+,” he added. “We can provide powerful infrastructure to connect fragmented pools of cross-border liquidity, which is very valuable.”

Consultancy Greenwich Associates said in a report this month, Emerging Market Bond Traders Embrace E-Trading, that electronic trading in emerging market bonds has been nascent. However, as US investors have moved one-fifth of their investment-grade bond volume to electronic platforms, they have looked to to use these platforms to also trade in emerging markets.

Kevin McPartland, head of research for market structure and technology at Greenwich, said in the report that 70% of US investors are trading emerging market fixed-income products electronically, about 14% of the notional volume traded.

“The majority of hard currency debt trading on electronic platforms is of smaller-sized orders, following the growth trend of odd lots leading to round lots established by e-trading of developed-market bonds,” added McPartland. “US investors favor MarketAxess here, which is not surprising, given they are the market share leader in US investment grade and high-yield bonds.”

McPartland added that 15% of emerging market hard currency bond trading on MarketAxess is done via its Open Trading platform, which uses an all-to-all model.

“Add in tools to help investors and dealers manage the interest rate and foreign exchange risk, coupled with MiFID II’s incentives for moving trading to the screen, and electronic trading in local currency emerging market bonds has a clear path for growth,” said McPartland.

All-to-all trading allows multiple parties in a network to come together to trade rather than the traditional model of only banks supplying liquidity to the buyside. Consultancy GreySpark Partners predicted last year that all-to-all bond venues will emerge as the winners in the shift to electronic trading, especially for liquid, easily-priced instruments.

Rick McVey, chairman and chief executive of MarketAxess, said in the results statement: “Strong market share gains across our core products and increased Open Trading activity led to a solid increase in trading volume in the third quarter in spite of quiet credit trading conditions. We are encouraged by the improvement in market conditions for credit trading that we started to see in September.”