The Bank of England has published a consultation and draft statement of policy on the regulator’s approach to ‘tiering’ non-UK central counterparties.

Christina Segal-Knowles, executive director for financial markets infrastructure gave a speech on the UK’s approach to cross-border clearing hosted by the Futures Industry Association on 8 November.

.@bankofengland Christina Segel-Knowles delivers remarks to the FIA community on post-Brexit clearing and participates in a Q and A with @FIAconnect Head of Europe Bruce Savage. pic.twitter.com/RgfBmI5NvL

She explained that when the UK left the European Union, the Bank of England acquired new powers for reviewing CCPs following the on-shoring of Emir, the European Union’s market infrastructure regulation. HM Treasury has assumed responsibility for the equivalence process in deciding whether overseas authorities have the same standard of supervision as the UK.

“Contrary to any rumours about divergence, we are implementing EMIR 2.2,” added Segal-Knowles. “The Bank has taken on the responsibility to set the policy for how we will determine which CCPs pose systemic risk to the UK – it is those polices on which we’re consulting today. In designing these policies, our guiding principle was safe openness.”

The international nature of CCPs means that risks can be transferred across borders if not properly managed, especially as many institutions based in the UK access clearing services from CCPs across the world.

Segal-Knowles continued that the bank’s approach has three key  features.

“By putting in place a system that is risk-based, cooperation-centric and proportionate, we can fulfil our mandate to protect UK financial stability without sacrificing the post-crisis reforms to derivative markets that have made us all safer,” she added.

Size is the starting point but Segal-Knowles said the risk posed by a CCP to the UK financial system cannot be based on size alone.

The Bank will also undertake an ‘informed reliance assessment’ to consider to what extent it is able to rely on home regulation and supervision, and the strength and reliability of cooperation and information sharing arrangements in place with the home authority.

“Putting cooperation at the centre allows us the opportunity to think about the risks apart from size, and on a more holistic and net basis,” she added.

She explained that the consultation includes a table showing the criteria that will be used for the tiering model to provide predictability.

“It’s not just that we’re applying some level of judgement and able to move CCPs around in our tiering system,” she added. “It’s that we’re providing a way to take that more holistic net risk approach in the way we approach tiering.”

Non-systemically important Tier 1 CCPs can  remain under home authority supervision if they are delivering the outcomes needed to protect UK financial stability.

CCPs not meeting these expectations would be classified as Tier 2 and can be subject to direct supervision by the Bank of England or they can be granted “comparable compliance” with supervision from their home authorities. However, the Bank will take a proportionate approach between CCPs in which the UK has a very large interest and would expect to be among the lead authorities, and CCPs where the UK has less at stake. 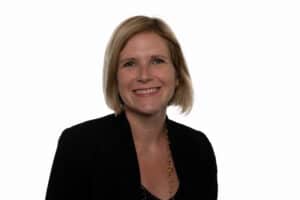 “Imagine thirty different regulators on every supervisory visit, thirty different voices with significant weight in setting supervisor priorities,” added Segal-Knowles. “I imagine that for some of you in the audience who run CCPs I’ve already given you nightmares.”

The Bank’s goal is to ensure that the authorities with the greatest interest in the CCP in the event of its failure – the jurisdictions representing the highest default fund contributions – have the greatest input into its regulation and supervision. Segal-Knowles noted that the CFTC, the US regulator, has similar proportionality tests.

Overseas CCPs currently operate in the UK under a temporary recognition regime which does not expire until the end of 2023. Segal-Knowles emphasised that the UK has been very consistent in its intention is to make sure there is no cliff edge for CCPs and the temporary permissions regime will be continued if necessary.

Bruce Savage, head of Europe at FIA, said the trade body for futures, options and centrally cleared derivatives supports the overall goal of ensuring that CCPs offering clearing services to UK are appropriately regulated and supervised and will be responding to the consultation on behalf of its members.

“FIA has been significantly involved in the development of the EU’s approach to tiering and your remarks outlined a different approach” he added. “FIA needs a bit more time to scrutinize the consultation paper and provide more detailed feedback.”

The EU’s temporary equivalence for UK CCPs expires at the end of June 2022.

Segal-Knowles said: “I think we’ve put out a really robust framework that could work to make sure that we  continue to have that cross-border clearing running. However, it’s not for us to determine what other jurisdictions wish to do.”

The consultation closes on Friday 25 February 2022.