The Bank of England is exploring synchronised settlement and wants to increase the use of legal identity identifiers to make them more useful to end users.

Sir David Ramsden, deputy governor for markets and banking at the Bank of England, gave a keynote speech at the Association for Financial Markets in Europe 12th annual European post-trade conference in London today. He told AFME his priorities for this year are technological developments and resilience.

Ramsden continued that the UK central bank has a strategic goal of embracing fintech which could potentially improve the post-trade environment in Europe.

“The post-trade system is a collection of systems, infrastructures, and workflows that differ across firms, with low levels of interoperability,” he added. “The current system contains inefficiencies and complexities, with many firms running on systems which were developed in-house by firms during the 80s and the 90s.”

Simplification would lead to cost benefits but firms could take advantage of new technologies and functions. For example, the Bank has been consolidating six middle office valuation and operational control systems and more than 60 interlinking system exports by introducing a single data management system.

“A more efficient post trade system could reduce settlement times and operational risks,” said Ramsden. “In a world where, internationally, economies are growing and opening – resilient post-trade markets will need to service an ever growing sector of users.”

In order to address these issues the central bank and the UK Financial Conduct Authority are going to host an industry-led working group to bring together different market participants to discuss collective reform of post-trade technology.

Ramsden said: “The work will stock-take current and emerging post-trade technology solutions, identify key pinch points and barriers to adoption across markets and products, and look at the cost and benefits of different solutions to address these barriers.”

Daniel Carpenter, head of regulation at Meritsoft, a Cognizant company, said in an email to Markets Media that Ramsden is right to highlight inefficiencies in the current system.

“For example, it has become all too common not to accurately validate the accuracy of trades until they fail, and even more common not to look at matching trades until for several days – with focus definitely on high value clients and associated transactions,” Carpenter added. “If this wasn’t enough, most firms have multiple legacy systems that don’t have a scalable process to support new settlement and regulatory demands.”

The Bank is also responsible for running the Real Time Gross Settlement service, the UK infrastructure for payments and settlements. RTGS was built in 1996 and settles approximately £600bn ($780bn) every day while eliminating counterparty risk as claims between banks and other participants are settled in central bank money. 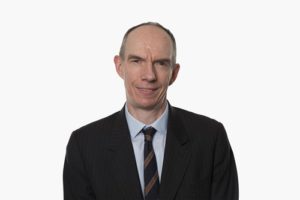 Ramsden said the Bank’s review of RTGS has finished the ‘Plan Analyse Design’ phase of the programme and it is running a competitive procurement process for a firm to design and build the settlement engine. As part of the review the Bank is exploring whether the new service could facilitate synchronised, or atomic settlement, where two or more payments or movements of assets are linked so that if one asset moves, they all do.

“We have been investigating the demand for synchronisation and how we would make it work, undertaking a call for interest exercise recently to explore this further,” he added. “If properly harnessed, synchronised settlement could deliver efficiencies – such as by operational costs or bringing liquidity efficiencies – in areas such as foreign exchange, repo, securities lending, and cross-border payments.”

He continued that in 2017 the Bank decided against using distributed ledger technology to rebuild RTGS due to concerns at the time around resilience and interoperability with other systems.

“RTGS is so critical to the UK payments infrastructure that we could not build it all on DLT,” Ramsden added. “We see the potential and  we are keeping an open mind so RTGS will be interoperable with DLT to avoid obsolescence.”

The RTGS renewal is also being used to increase harmonisation, resilience and innovation in data standards. Ramsden said current messaging standards in payment systems limit the amount of information that can be provided, and a lack domestic and international harmonisation impedes interoperability.

In order to improve messaging, the Bank also wants to make Legal Entity Identifiers a mandatory component of settlement messages between financial institutions. LEIs became mandatory in Europe for transaction reporting under MiFID II, the regulations which went live at the start of last year, in order to increase transparency.

Ramsden said: “We can see great value in also extending use of LEIs to a wider range of transactions in the longer term.  As well as being a valuable financial reporting tool, we believe the LEI could be a building block for further innovation, delivering wider economic benefits for end users of financial services – increased usage could raise efficiency, competition and productivity.”

He explained that LEIs could possibly be used for more than just transaction reporting and be more useful for end-users, for example, by making it easier for small and medium-sized enterprises to access credit.

“An LEI could join up all the information sources in different databases that SMEs need to get access to finance in some sort of credit file,” he added.