Banks and exchanges are pushing back against Basel III, even as international regulators say it will go into force as expected.

In response to a request by industry participants, the U.S. federal banking agencies, on November 9, 2012, released a joint release indefinitely delaying the January 1, 2013 U.S. implementation of Basel III.

Industry participants that oppose the onerous and complicated requirements of Basel III may succeed in permanently eliminating a U.S. implementation. Although it is likely that enhanced capital and risk standards, as mandated by the Dodd-Frank Act will be implemented, they may however, depending on certain pending initiatives, be prescribed through government and industry collaboration.

The reason for the delay granted by the banking agencies “is significant because if the delay is strategically leveraged with a pending congressional bill, which stipulates performance objectives rather than behavior modification as a basis for adequate regulation, the stage is set to permanently oust Basel III, and its intricate requirements, from the U.S.,” said Daniel Parker, vice president of capital markets at SunGard.

Basel III, which was drafted by the Bank for International Settlements and endorsed by the G-20, is a comprehensive regulatory reform intended to improve the banking sector’s ability to absorb shocks arising from financial and economic stress and to improve risk management, governance and transparency in the banking sector.

Although considered highly authoritative, Basel III standards are adopted and implemented by each member country, and are not universally legally binding. In the U.S., statutory authority, such as the DFA, supersedes a Basel III-type directive.

“Although industry participants have asserted the complexity of many of the final rules including new risk-weights and excessively burdensome recordkeeping requirements on smaller banks, the relief granted was expressly based on the industry’s lack of understanding of the rules and additional technology requirements,” said Parker.

Exchanges are concerned that Basel III’s ‘one size fits all’ rules for capital charges based on the risk of cleared derivatives is at odds with the objectives of Dodd-Frank and the G-20 mandates. 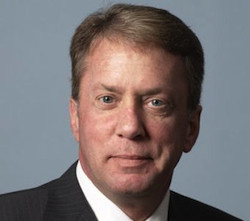 “If clearing houses properly set margins for liquid derivatives to cover one or two day risk while banking regulators impose a capital charge based on five days, banks and ultimately their customers will be burdened with increased costs from unwarranted capital requirements,” said Terry Duffy, executive chairman and president of CME Group, in congressional testimony late last month. “This may eliminate an incentive to trade liquid exchange-traded derivatives instead of other derivatives products with higher risk profiles.”

“The capital rules should be replaced with an approach consistent with standards recognizing that margin levels will differ based on the liquidity, transparency and other risk-reducing characteristics of each product,” Duffy said.

At its meeting last week, the Basel Committee on Banking Supervision discussed the progress of its members in implementing the capital adequacy reforms within Basel III.

“While some jurisdictions have not been able to meet the planned start date, a large number will be ready to begin introducing the new capital requirements as planned on January 1, 2013,” said Stefan Ingves, chairman of the Basel Committee, in a statement.

It is expected that as remaining jurisdictions finalize their domestic regulations during 2013, they will incorporate all the remaining transitional deadlines in line with the original global agreement, even where they have not been able to meet the January 1, 2013 start date. Hence, by the end of 2013, almost all Basel Committee jurisdictions will be implementing Basel III in accordance with the agreed timetable.