Banks Look To Cloud For Agility And Revenues

The adoption of the cloud computing will have a bigger impact on financial services than the internet as the majority of investment banks are enthusiastic about the technology’s ability to make them more agile.

Three-quarters of investment banks are more excited by cloud computing’s ability to introduce agility and resource elasticity than its ability to simply deliver cost reductions according to a survey by GFT Group, a consultancy which specialises in technology in financial services.

Andrew Rossiter, capital markets lead at GFT, told Markets Media that the broad-based appetite amongst banks for re-engineering into the cloud was surprising. 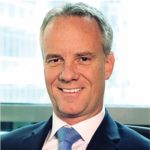 He said: “The appetite was higher than we expected across the board. However re-engineering requires a lot of effort, investment and talent. “

Rossiter continued that banks need to re-engineer their legacy IT architecture. “The cloud allows for elasticity as banks do not have to pay for capacity when it is not used,” he said. “For example, their  systems could shrink at weekends.”

He also explained that banks need to change the way they develop software to become more agile, and have one individual who is responsible for the whole process, rather than large development teams. He cited Amazon’s Jeff Bezos who believes small teams are more productive than larger ones, and that the maximum size of a team is one that can be fed on two pizzas. As a result, Amazon updates its software every 11 seconds.

Rossiter said: “We are working with a bank that is releasing software 50 times a day while trading is still happening. Each change is very small and safer, as it is automated, and has a full audit trail.”

He compared this process against a trading platform that is updated manually, for example, once every three months. “This is a  ‘Hail Mary’ release where you just cross your fingers and hope it works,” Rossiter added.

Rossiter continued that GFT is also working with a large client who is analysing the cloud computing capacity required for their risk calculations.

“In a big market move, where everybody reacts at once, there may not be enough computing capacity,” he added. “They are using machine learning and artificial intelligence to ensure they are ready to grab resource which will give them a material competitive advantage.”

“The cloud will have more impact than the internet as the amount of information thrown away in financial services is staggering,” said Rossiter. “We have a project with a UK bank called ‘analysis in the pipe’ where machine learning is being used in  real-time on a pipe of information.”

Consultancy CapGemini said in a report this month that financial services firms could add $512bn (€437bn) to global revenues by 2020 through intelligent automation and the right combination of robotics process automation and artificial intelligence.

The study, Growth in the machine: How financial services can move intelligent automation from cost play to growth strategy, said automation technologies can generate revenues, in addition to cutting costs. More than one-third, 35%, of financial services firms have had an increase in topline growth of between 2% to 5% from automation, due to faster time-to-market and improved cross-selling. Nearly two-thirds, 64%, had improved customer satisfaction through intelligent automation, according to the report.

Jose Ordinas Lewis, head, robotic automation centre for Swiss Re, said in a statement that the evolution of automation in financial services will be very similar to the automotive industry revolution in the 1970s and 1980s.

“The role of humans in processes will dramatically change and focus on things that humans are much better at – in terms of design and problem solving – and leaving the repetitive rules-based stuff to the robots,” he added. “Though it won’t happen in two years, I also know it’s not going to take 20 years.”

Financial services firms also need to deploy automation to combat the  threat from non-traditional competitors. Nearly half, 45%, of organisations in the survey believe technology firms, such as Amazon and Alphabet, will become competitors in the next five years. 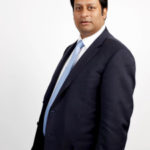 Anirban Bose, member of the group executive board and head of Capgemini’s financial services global business unit, said in a statement: “Hundreds of billions of dollars in automation-generated revenue is up for grabs in the coming years. Only those companies that deploy this technology in a way that looks beyond cost cutting and focuses on creating value for customers and shareholders will be able to win in the marketplace.”

For example, Google Cloud Platform said on its website that financial institutions like HSBC are moving their data to the platform which runs on the same infrastructure and private fibre network that powers Google.

Thomson Reuters today announced a partnership with Finbourne to use LUSID, the London-based firm’s cloud-based investment management platform for Thomson Reuters’ client and transaction data. LUSID provides a single source of information for portfolio data,  combined with an efficient calculation and aggregation engine providing access to current and historical positions, valuations and other analytics.

Pradeep Menon, managing director, global head of investing & advisory at Thomson Reuters, said in a statement: Our partnership with Finbourne will enable our customers to manage currently disparate capabilities giving them a cloud-based ‘single source of truth’ for all portfolio and transaction data so that any change or update that occurs will be reflected in all products or applications in real-time.”