Banks Should Focus on Digitization

James Bardrick, UK country officer at Citi, said that 90% of the bank’s foreign exchange trades are not touched by a human being and every other asset class is rapidly catching up.

Bardrick spoke on a panel at the City and Financial: 3rd UK Financial Services Brexit Summit in London yesterday. He said banks should be focusing on the opportunities presented by digitization rather than having to spend so much time dealing with the UK’s departure from the European Union. 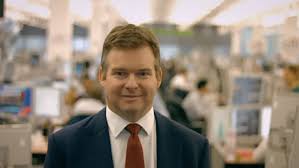 He said: “Customers are demanding services which are cheaper and more efficient and there are opportunities in new markets.”

In February Citi opened a new hub in London for its  network of Global Innovation Labs.

Stuart Riley, global head of operations and technology for markets and securities services, said in a statement: “As we look to further increase our investment and develop more cutting-edge technologies for our clients, we are thrilled to launch a new Lab in London and tap the U.K.’s deep pool of diverse talent to hire advanced technologists with a strong business background.”

The bank said in a statement that the London Innovation Lab will initially employ 75 technologists and also host the Europe, Middle East and Africa  operations of Citi Ventures, the team in charge of venture capital investing and external partnerships driving innovation. In addition the lab will include Citi’s D10XSM Program, an internal strategic growth model that enables employees to take new business ideas from concept to launch.

The lab supports Citi’s markets and securities services business to use new technology such as data science, visualization and high performance computing globally.

Paco Ybarra, global head of markets and securities services, said in a statement: “The financial services industry has historically been a large user of technology. We have always invested heavily in digital, but what we are seeing now is a step-change in both the investment we dedicate to technology and the pace of the evolution.”

Bardrick said regulators have to anticipate these technological changes and the UK Financial Services Conduct has been forward looking. “Their sandbox was revolutionary,” he added.

The FCA’s regulatory sandbox allows firms to test innovative products, services or business models in a live market environment, while ensuring that appropriate protections are in place. It is part of Innovate, an initiative the regulator launched in 2014 to promote competition in the interest of consumers.

The application period for the fifth cohort of the FCA’s sandbox is open until the end of this month.

By the fourth cohort the FCA had received a number of applications using cryptoassets. The regulator said in a statement: “We are keen to explore whether, in a controlled environment, consumer benefits can be delivered.”

In August, the FCA announced the creation of the Global Financial Innovation Network (GFIN) in collaboration with 11 financial regulators and related organisations.