Basel III, a comprehensive set of reform measures developed by the Basel Committee on Banking Supervision is meant to strengthen the regulation, supervision and risk management of the banking sector. The rule set has a cascading effect because it imposes stricter capital adequacy and liquidity requirements on banks, which in turn crimps that sector’s capacity to provide financing to hedge funds via prime brokerage.

‘Bulge Bracket’ banks are feeling the squeeze. According to media reports, Credit Suisse has considered scaling back its prime brokerage business because Swiss regulators want UBS and Credit Suisse to be subject to a leverage ratio of 4% or more by 2019, which is higher than the current provisionally set ratio of 3% imposed by international regulators. Also, Goldman Sachs told hedge-fund clients that regulations have forced it to set aside more capital and to scale back its prime-brokerage business, which executes and finances hedge funds’ trades.

Although full implementation of Basel III remains in the distance, banks are talking to clients now about the effect of capital rules on their prime-brokerage businesses.

“Basel III isn’t new, but it’s making headlines now because there’s a realization, which is supported by our research, that it could have an impact on the cost of capital,” Jennifer Tribush, senior vice president & North America head of business development for State Street’s Alternatives Sector, told Markets Media. 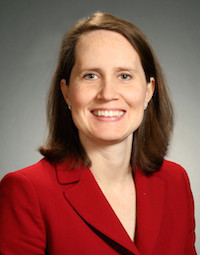 According to an October 2014 State Street survey of 235 hedge funds, regulation will continue to have a significant impact on hedge-fund managers. However, the full impact of Basel III is yet to be determined, with 29% percent of respondents believing that it will significantly increase their firm’s cost of financing, compared to 42 percent saying it wouldn’t and the remainder (29 percent) saying they don’t know.

“A third of the respondents said that Basel III will increase their cost of capital and another third said they are still evaluating the impact, so that’s two-thirds of the community thinking they could have an impact relative to Basel III,” said Tribush. “With the additional flows of capital into the hedge-fund space, there’s an acknowledgement that there are new standards to attract investor capital, and there needs to be increased transparency and a more fruitful dialogue with investors. There are going to be some increased operational and regulatory burdens.”

By the time Basel III is fully implemented in 2019, it will have been in existence for nearly ten years.

In September 2010, the Group of Governors and Heads of Supervision announced higher global minimum capital standards for commercial banks. This followed an agreement reached in July regarding the overall design of the capital and liquidity reform package, now referred to as Basel III. In November 2010, the new capital and liquidity standards were endorsed at the G20 Leaders Summit in Seoul and subsequently agreed at the December 2010 Basel Committee meeting.

The introduction of the leverage ratio – which has a target ratio of 3.0% under Basel III – is a hallmark risk-based capital requirements. Starting in 2015, banks will be required to disclose the leverage ratio, with a view to migrating it to a Pillar 1 requirement by 2018 after a final calibration.

“The leverage ratio is a useful complement as a backstop, all the more so as the Basel Committee has identified that risk weights for credit risk vary significantly across banks using an internal ratings-based approach,” Jens Weidman, president of the Deutsche Bundesbank, said in a November 2014 speech. “The risk-based approach must, however, remain a key element of the capital rules.”

Basel III will have a significant impact on banks and force changes in the way trading and prime brokerage desks are operated. “Although these measures impact the banking community directly, their repercussions will be felt throughout the network of market and counterparty relationships which make up the global financial system,” J.P. Morgan said in a 2014 report. “Hedge funds need to consider these critical drivers of change affecting their prime brokers in order to better understand how to adapt to the evolving business environment.”

The net effect is likely to be “to forge a stronger, more constructive and more mutually beneficial partnership between hedge fund managers and prime brokers,” the report concluded.

While the transition may prove challenging in the shorter term, a more resilient banking and financial system will ultimately benefit hedge funds as counterparties will be better capitalized, with stronger balance sheets and will operate with more robust financing models than before the financial crisis.